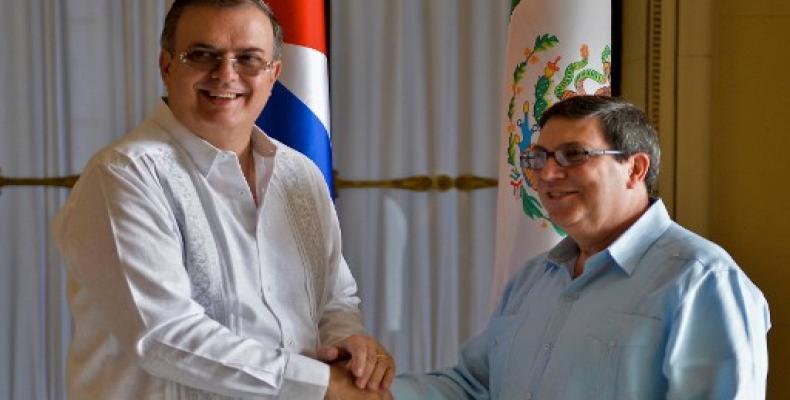 Havana, November 9 (RHC)-- Cuba's Minister of Foreign Affairs, Bruno Rodriguez, received this Saturday his Mexican counterpart, Marcelo Ebrard, who is on an official visit on the island to strengthen bilateral ties.

"This contact seeks to translate the affection between the two peoples into cooperative actions that will offer positive results in the coming months and years," said Ebrard, who heads the first official high-level delegation of the northern nation to visit the island since President Andrés Manuel López Obrador took office on December 1, 2018.

He said that Mexico began a new stage in its relations with Cuba that will be better, and broader.

For his part, Rodriguez expressed the will to deepen ties in the cultural, academic, scientific, economic, commercial, cooperation, and political spheres.

He also thanked Mexico for its recent vote in the United Nations in favor of the resolution presented by Cuba before that body, which demanded the end of the economic, commercial and financial blockade of the United States, and which 187 countries supported.