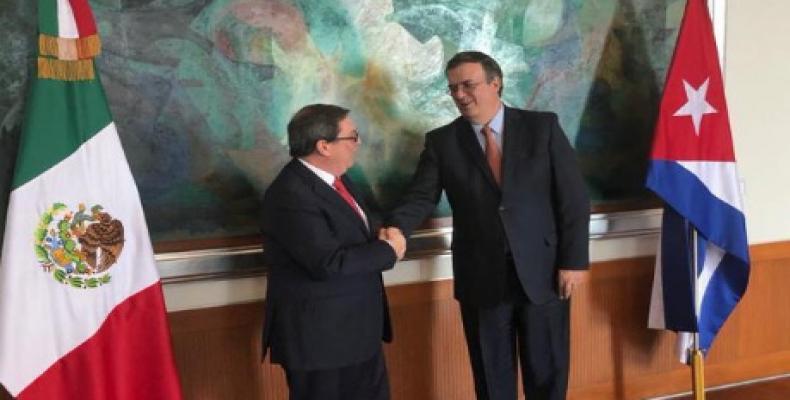 Prensa Latina news agency reports that during the encounter, the two diplomats ratified the positive status of bilateral relations, and committed themselves to further boost them.

The foreign ministers paid particular attention to economic, commercial and migration ties, exchanged on regional and international subjects of mutual interest, and voiced their full support to the principles endorsed by the Proclamation of Latin America and the Caribbean as a Zone of Peace, signed in Havana in 2014 during a Summit of the Community of Latin American and Caribbean States (CELAC).