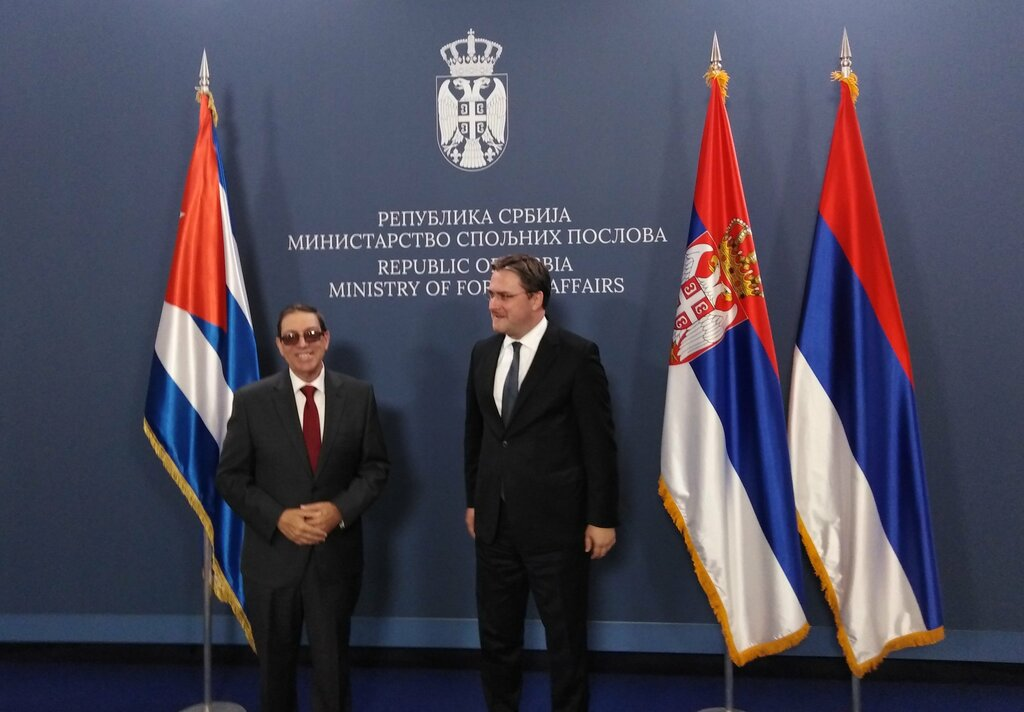 "In meeting with Nikola Selaković, Foreign Minister of Serbia, we highlighted with satisfaction the positive state of bilateral relations. We reiterated readiness to continue strengthening political-diplomatic ties and expanding economic-commercial and cooperation ties," tweeted Rodriguez Parrilla.

Both authorities signed a Memorandum of Understanding for cooperation between diplomatic academies during the meeting.

An exchange with the President of the National Assembly of Serbia, Vladimir Orlić, ratified the mutual interest in further strengthening inter-parliamentary ties and interactions.

Also, along with the Minister of Youth and Sports, Vanja Udovicic, Rodriguez Parrilla signed an agreement to enhance ties in physical education and sports.

The official visit of the Cuban Foreign Minister to Serbia takes place in the framework of the celebration of 120 years of uninterrupted diplomatic relations between the two nations, to be celebrated on November 4, 2022.

Recently, Nikola Selaković expressed during a visit to Cuba that the Caribbean nation has Serbia as a brother nation in the European continent.