On Human Rights Day, Cuba is strongly committed to their promotion and protection 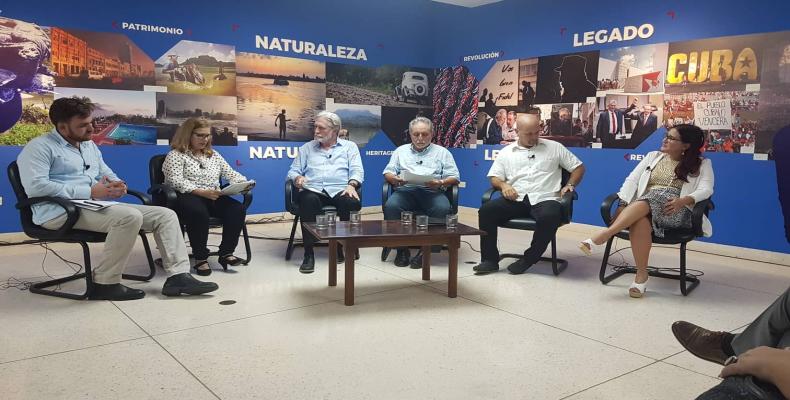 Havana, December 10 (RHC)-- Participants on a special broadcast of Radio Havana Cuba's English service aired Tuesday stressed the universal, interdependent, and interrelated nature of human rights and that not one of them is better or more important than the others.

They further noted that Cuba is strongly committed to their promotion and protection on an equal basis and not selectively and that it is opposed to their manipulation for political and domination purposes, particularly against developing countries.

Panelist Alejandro Gonzalez, from the Cuban Foreign Ministry,  said that every effort undertaken by the Cuban Revolution in the last six decades to attain a better standard of living had a permanent impact on the enjoyment of human rights island-wide.

Cuban Five, National Hero, and current Vice-rector of the Higher Institute for International Relations, Gerardo Hernandez, said no country in the world has a pure record on Human Rights and that Cuba, despite its enormous advances, still has work to do.  However, he rejected the use by the U.S. of the issue for political purposes.

"If you criticize me for alleged violations of human rights, being one of the greatest violators of those basic guarantees, and you impose on my people a brutal blockade, then there is no space for a discussion on an equal basis," Hernandez argued.

Margarita Valle, from the Foreign Ministry, highlighted Cuba's active participation within the U.N. System and its involvement with the Human Rights Council Universal Periodic Review (UPR).

"Cuba has come up at the U.N. General Assembly with various initiatives, proposed important resolutions on social, economic and cultural rights," she said.

In the meantime, of some 330 recommendations that were made to the island under the Universal Periodic Review in 2018, Cuba accepted 226, demonstrating its authorities' willingness to cooperate with the mechanism.

Johana Tablada, Deputy Director of the Foreign Ministry's U.S. Office, said that Washington's blockade is not only a violation of the human rights of the Cuban people and a violation of international law, but it is also an assault on the American people's constitutional right to travel, and their right to deal with a peaceful neighboring country like Cuba.

“The blockade is depriving U.S. citizens of benefitting from what the island has to offer in fields such as healthcare,” and she mentioned their lack of access to Hebertprot-P, an extremely successful medication developed by the Cuban pharmaceutical industry for the treatment of advanced diabetic foot ulcers.