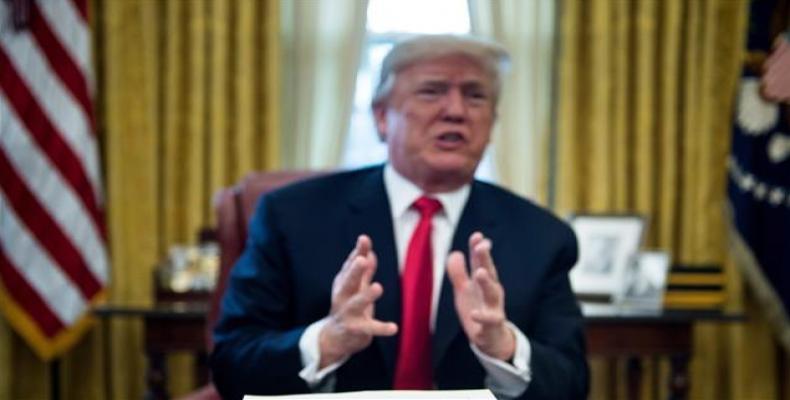 The non-profit dedicated a large part of its annual report released Thursday to review Trump's first year in the White House.

Describing the businessman-turned-politician's 2016 victory over former US Secretary of State Hillary Clinton as a "moment of despair," the group's executive director Ken Roth told AFP there was still hope that leaders like him could be stopped.

"The big theme this year is really how much the world has changed," Roth said. "Because a year ago, just as Donald Trump was entering the White House, it was a moment of despair.

"It seemed as if the authoritarian populists were in the ascendancy and there was nothing we could do to stop them," he added.

"What has been encouraging over the last year is how much resistance we've seen in many countries to this rise of populism," he explained.

A good example of the resistance, according to Roth, was the fight that activists and federal judges have mounted against Trump and his widely-condemned measures in blocking refugees and citizens of some Muslim countries from entering the United States.

Roth also referred to the Trump administration continued support for Saudi Arabia in the face of its deadly war against Yemen and said Saudi Crown Prince Mohammad bin Salman's claims of being a reformer should be taken "with a big grain of salt."

A new book based on interviews purportedly coming from White House insiders revealed recently that Trump was behind Salman's elevation to his current position.