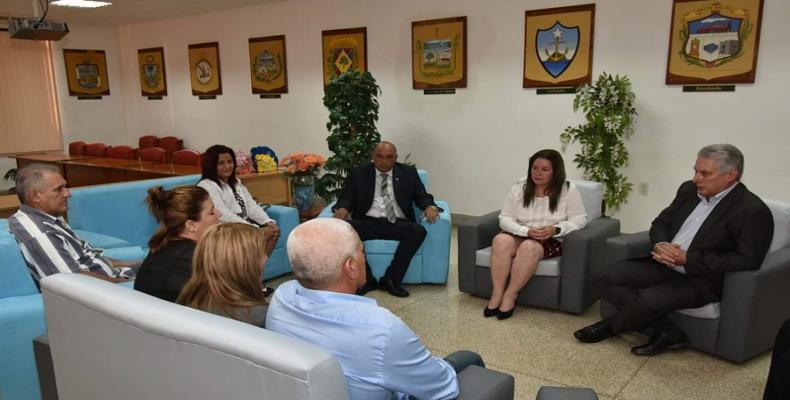 After participating in Santa Clara at the swearing-in ceremony of the new Governor and Vice -Governor, Diaz-Canel spoke with relatives of the doctor. He reiterated to them the full support of the Cuban Government amid this unfortunately long and complicated process.

Díaz-Canel offered an update to the relatives about the steps that have been taken for the safe return to Cuba of the two kidnapped doctors.
The President assured that systematic follow-up is being maintained in this case.

The top authorities of the Party and the Government in Villa Clara province joined the President during the encounter.

Diaz-Canel reiterated to the relatives that efforts are being made tirelessly and in a coordinated manner to achieve the safe return to the Homeland of Landy Rodriguez Hernandez, a specialist in Surgery; and Assel Herrera Correa, a specialist in General Comprehensive Medicine.

The Cuban doctors, who were serving in Mandera County, Kenya, were kidnapped on April 12 last year, in an area bordering Somalia.