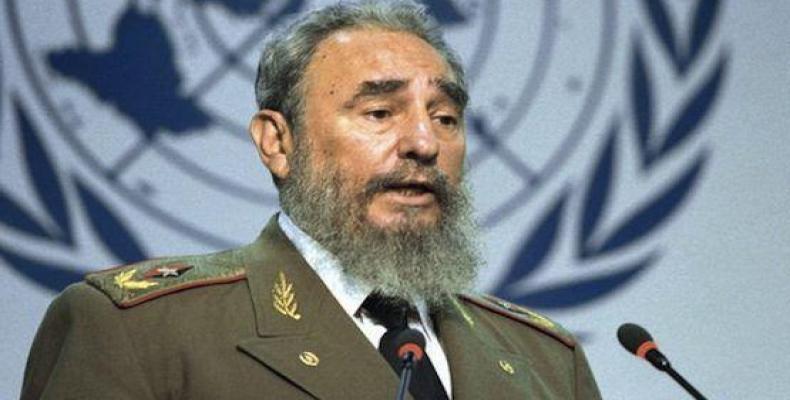 Havana, February 2 (RHC) Foreign Minister Bruno Rodríguez Parrilla recalled the speech made by the leader of the Cuban Revolution, Fidel Castro, during the United Nations Conference on Environment and Development, held in June 1992.

"If humanity is to be saved from self-destruction, the wealth and technologies available on the planet must be better distributed. Less luxury and less waste in a few countries so that there is less poverty and less hunger in large part of the Earth," wrote the Cuban Foreign Minister on Twitter.

A photograph of the leader of the Cuban Revolution accompanies the text evoking Fidel Castro's intervention in Rio de Janeiro on June 12, 1992.

"An important biological species is at risk of disappearing due to the rapid and progressive liquidation of its natural living conditions: man," the historical leader of the Cuban revolution said in his speech.

On that occasion, he stated that consumer societies are fundamentally responsible for the atrocious destruction of the environment and that "they were born of the former colonial metropolises and of imperial policies which, in turn, generated the backwardness and poverty that today afflict the immense majority of humanity".