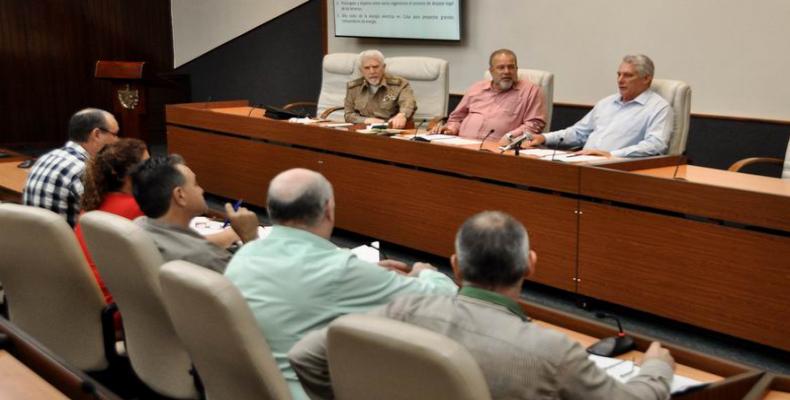 Havana, February 12 (RHC)-- Cuban President Miguel Diaz-Canel Bermudez called for the use of all means to produce electricity and for the use of international experience in this regard, local media reported.

At a meeting on electricity production on the island, the Cuban leader said there are conditions for a qualitative leap in this year's generation of electricity in the country.

In a meeting, which was also attended by Prime Minister Manuel Marrero, Diaz-Canel stated that this would be possible due to the addition of new power generating units with better conditions and capacity.

Electricity production in 2019 in Cuba, through the different sources, amounted to 20 thousand gigawatts per hour, a higher figure than the previous year. However, it did not reach the planned level.