CARICOM concerned with reinforcement of the U.S. blockade on Cuba 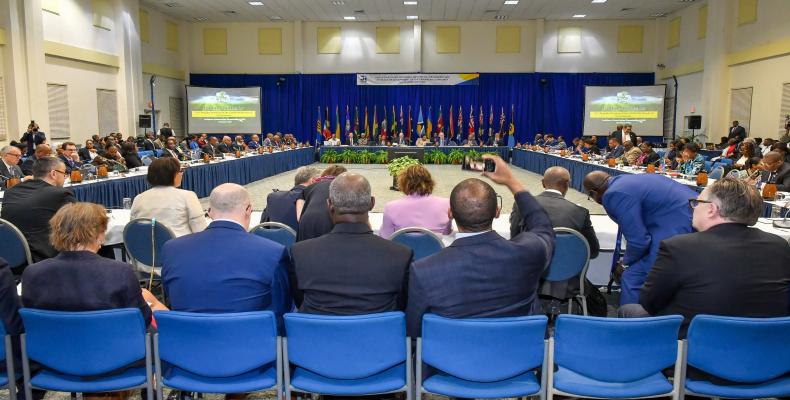 In a Communique issued on Wednesday at the end of the Thirty-First Inter-Sessional Meeting of the Conference of Heads of Government held in Bridgetown, Barbados, the leaders reiterated their concern over the enhanced sanctions announced by the U.S. Government under Title III of the Helms-Burton Act which strengthen the U.S. economic, commercial and financial embargo against Cuba.

They denounced as unjustifiable the application of laws and measures of an extra-territorial nature that are contrary to international law.

CARICOM Heads of Government also expressed their deep appreciation for the medical assistance provided by Cuba to the Member States of the Community over the years that helped build their health sectors to the benefit and wellbeing of their people.

They acknowledged that, of their own first-hand knowledge, the persons sent had added tremendous value to help their citizens. They repudiated the statement that this medical assistance given by the Cubans was a form of human trafficking.

The Cuban Foreign Minister, Bruno Rodriguez Parrilla, thanked the Heads of Government of CARICOM for their rejection of the strengthening of the U.S. blockade against Cuba, the application of the Helms-Burton Act and their deep appreciation for Cuba's medical cooperation that for years has contributed to the wellbeing of its peoples.