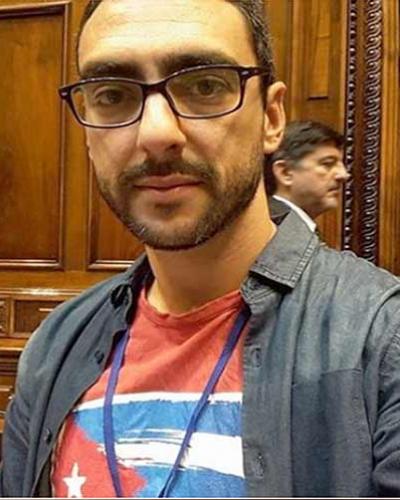 Montevideo, March 3 (RHC)-- The Communist Party of Uruguay (PCU) publicly denounced that the deputy of the Frente Amplio, Gerardo Núñez, received death threats for wearing a T-shirt with a Cuban during the presidential inauguration.

Prensa Latina news agency reports that a statement by the PCU points out that hours after the ceremony held on Sunday at the legislative chamber, Núñez received death threats, including against his daughters.

He added that when he made the complaint to the Ministry of the Interior, he received the commitment of the recently installed incumbent, Jorge Larrañaga, to investigate the facts quickly.

Digital sites reproduced images of the Frenteamplista congressman as the elected president, Luis Lacalle Pou, and vice-president, Beatriz Argimón, approached through a collateral corridor of the seats before being sworn in.

The PCU National Executive Committee expressed its support and absolute solidarity with Gerardo Núñez. It repudiated these dangerous acts by violent and anti-democratic sectors.

The exclusion of Cuba, along with Venezuela and Nicaragua, among the countries invited to the protocol ceremony of transfer of command, led to demonstrations of repudiation by the Broad Front, the Communist Party, various social organizations, and critical comments in the media and social networks.