US Episcopal Church Bishop expresses opposition of blockade on Cuba 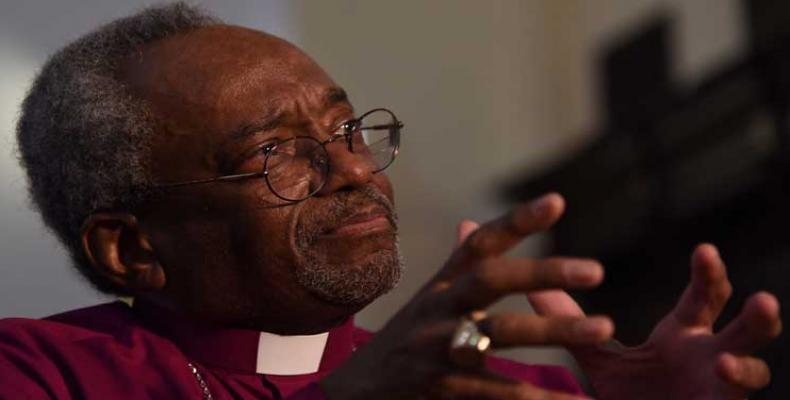 Havana, March 10 (RHC)--  The Episcopal Church of the United States is and will continue to be against the blockade policy that Washinton has been exercising against Cuba for almost 60 years, its presiding Bishop and Primate Michael Curry said.

In statements to Prensa Latina in Havana, Bishop Curry said that since 1991 the Episcopal Church in the US had adopted its opposition to the siege against the Caribbean island. "We have expressed this to the government and Congress, and we continue to do so," he stressed.

The Most Reverend argued that it is a position in line with the Christian preaching of love for your neighbor.

"We have called for the reestablishment of relations between the two countries," he added.

Bishop Curry noted that this is his second visit to Cuba, to accompany the Cuban Episcopal Church.

The Most Rev. Michael Bruce Curry\ is the Chief Pastor and serves as President and Chief Executive Officer, and as Chair of the Executive Council of the Episcopal Church.