Cuba: In confronting COVID-19, the main task is to save lives 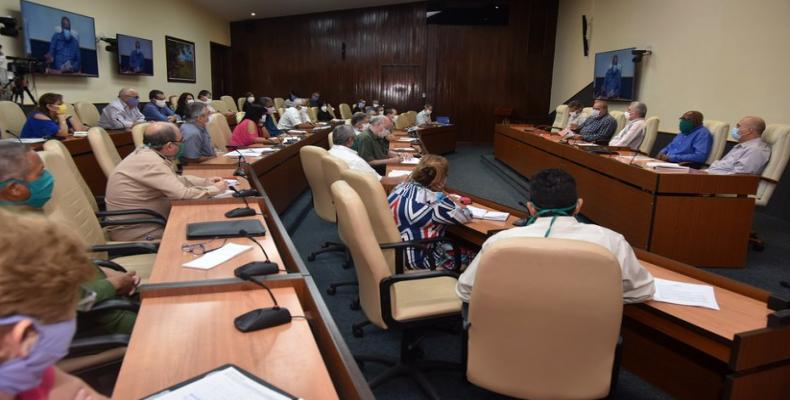 Havana, April 4 (RHC)— Cuban President Miguel Díaz-Canel Bermúdez assured Friday that the guiding principle of those who are working to confront the COVID-19 pandemic on the island is to save people's lives.

Speaking at the daily meeting to review the national plan to confront the epidemic,  Diaz-Canel said that "some measures may seem extreme at some point; they may harm someone in particular, because when actions are taken in such a vast universe of situations, some people may be more affected than others."

But the President argued that everything that is being done is precisely to save lives.

Díaz-Canel noted that the island has a lower rate of infection than it was expected at this point,  based on how the disease has behaved in other countries, and also fewer cases of patients in critical and serious condition. Still, he cautioned it should not lead to satisfacción.

"We have to continue working, and this cannot generate confidence." We continue to insist, he said, that we are not yet at the point where we expect to have the most massive accumulation of cases.

The President referred to the good news about the medical discharge of the 43 workers who supported the operation of the British cruise ship MS Braemar, which were in quarantine. None of them contracted the disease of the new Coronavirus.

Diaz-Canel said that they were brave, humane, generous, and professional.

On the eve of a new weekend, the Cuban President reiterated his call for the population to continue in social isolation, which "could give us time to cut off the transmission of the disease.