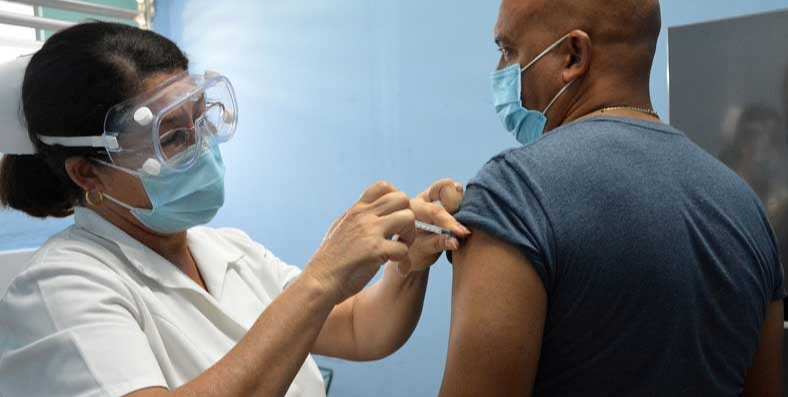 Cuban vaccines against COVID-19 continue to show effectiveness in a world that still does not control the virus.

Havana, Oct 26 (RHC) The first secretary of the Central Committee of the Communist Party of Cuba (CC-PCC) and President of the Republic, Miguel Díaz-Canel, highlighted this Wednesday the country's achievements in confronting COVID-19 and thanked Cuban science for making them possible.

From Twitter, the head of state stressed that for nine consecutive weeks no deaths from complications associated with this infectious disease have been reported, and there are currently only eight active cases, none in serious or critical condition.

He added that the vaccines developed in Cuba against COVID-19 (Soberana 02, Soberana Plus, and Abdala) continue to show effectiveness amid a world that has not yet controlled the virus.

In his message, Díaz-Canel attached a report from the website of the Presidency of the Republic that offers details of the meeting of experts and scientists on health issues held on Monday in Havana.

At the meeting, the head of Public Health, José Ángel Portal, pointed out that the epidemiological situation in Cuba has continued to improve in recent weeks.

There he revealed that, according to mathematical models to make forecasts, the scenario regarding COVID-19 is favorable, since all the provinces maintain a tendency to control. (Source: PL)