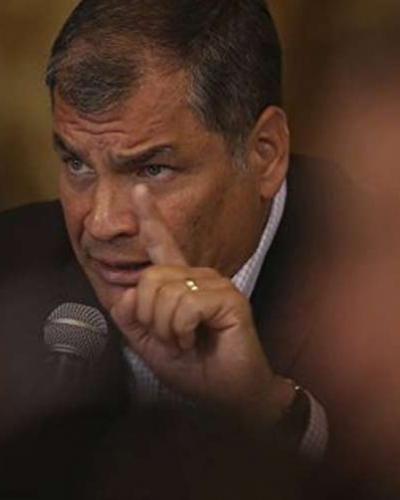 On Twitter, the Foreign Minister reiterated the confidence in the former Ecuadorian president and the rejection by the Cuban government and people of the recent judicial proceedings against Latin American leftist leaders.

Correa's conviction for alleged bribery, which for many shows the government's persecution of the former president, was imposed by a court made up of judges Iván León, Iván Saquicela and Marco Rodríguez, in charge of investigating the alleged payment of bribes, by businessmen, in the 2012-2016 period, for proselytizing activities of the Alianza PAIS Movement, an accusation rejected by Correa and former members of the ruling political party.

As part of the case, former vice-president Jorge Glas and some twenty people, including former officials of Correa's government such as Alexis Mera, María de los Ángeles Duarte, Walter Solís and Vinicio Alvarado, were also sentenced to the same penalty, according to Prensa Latina.

The main evidence for the conviction was a notebook, considered by several lawyers to be forged evidence, which contained notes written in 2018 by former advisor Pamela Martínez, who received a reduced sentence of 38 months in prison for cooperation.