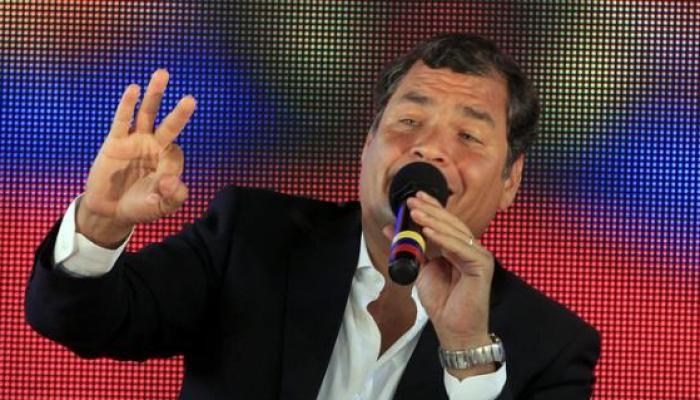 Quito, July 18 (RHC)-- Ecuadorean President Rafael Correa ratified that all human rights of the 121 Cuban citizens who were deported recently were respected.  He said they were deported because they had remained in Ecuador in an "irregular situation."

The Ecuadorean leader said that the Cubans were in transit to reach the United States and were pushing for Mexico to give them visas.  According to a U.S. law that was passed in 1966 -- the Cuban Adjustment Act -- Cubans who step on U.S. soil receive preferential treatment.  Speaking on his radio program called Enlace Ciudadano (Citizen Link), Rafael Correa said that the migrants are using Ecuador as a path to go to Mexico and cross over into the United States.

On July 9th, 11th and 13th, more than 120 Cubans were deported by the Ecuadorean government because they were staying illegally in the country.  The Cuban Foreign Ministry reported that the process was carried out according to the legislation of both countries and international law for this kind of situation.

The Cuban embassy in Quito reaffirmed Havana's commitment to legal, safe and organized migration, and held that it would maintain its support to those who want to return, as along as they leave Cuba legally and observe the current migratory legislation.