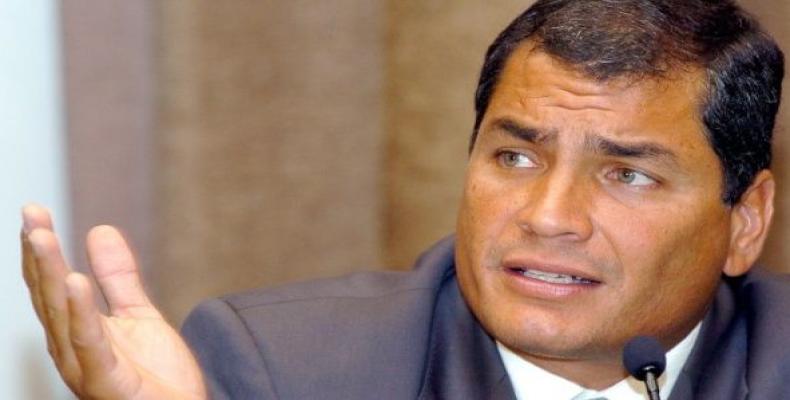 Brussels, October 8 (RHC)-- Former Ecuadorean President Rafael Correa on Tuesday denied he was orchestrating a coup against President Lenin Moreno from Brussels, Belgium.  "They are such liars they contradict themselves. They say that I am so powerful that from Brussels with an iPhone I could direct demonstrations in the widest parts of the country,” Correa said.

He also explained that Moreno has betrayed the Ecuadorean people and democracy by yielding to the requests of the International Monetary Fund (IMF) and its austerity policies.  "The truth is that there is a great deal in the country because of... the IMF agreement and such harsh measures as doubling the price of diesel, while reducing taxes for the rich.  People can't take it anymore. That is the reality."

Meanwhile, pro-U.S. governments around the region hurried to voice their support of Lenin Moreno -- among them: Peru, Argentina, Brazil and Colombia.  And Venezuelan opposition leader and self-proclaimed president Juan Guaido expressed his support for the Ecuadorean government.​​​​​​​