Attacker of the Cuban Embassy in Washington D.C. indicted 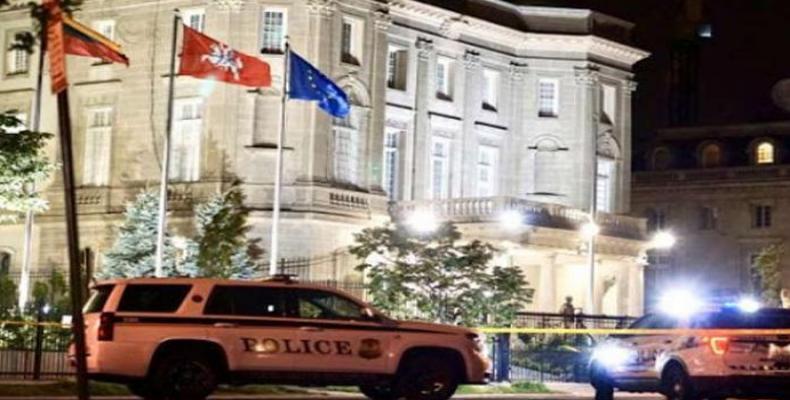 Washington, July 25 (RHC)-- A federal grand jury has indicted the perpetrator of the April 30 attack against the Embassy of Cuba in Washington D.C. with four federal offenses.

While local authorities have taken action on the terrorist that took place on April 30, the Trump Administration has officially remained mum.

A press release from the District of Columbia Attorney’s Office said that Alexander Alazo, with addresses in Middletown, Pennsylvania, and Aubrey, Texas, and who was arrested the same day of the incident, faces charges of violently attacking a foreign or local official with the use of a deadly weapon.

The defendant of Cuban origin was also accused of willfully injuring or damaging property owned or occupied by a foreign government in the U.S., and for the interstate transportation of a firearm and ammunition with the attempt to commit a felony.

In addition to those three federal crimes for which he was charged in a criminal complaint, the grand jury added a charge for using, carrying, brandishing, and discharging a firearm during a crime of violence.

The press release recalled that on May 1, Judge G. Michael Harvey detained Alazo without bond pending trial, and stated that the charges against him stem from an incident in which Alazo fired approximately 32 rounds of an assault weapon against the Cuban Embassy in Washington DC, a building in which officials were present at the time of the attack.

If convicted on the charge of unloading a firearm during a crime of violence, Alazo faces a mandatory sentence of at least ten years.