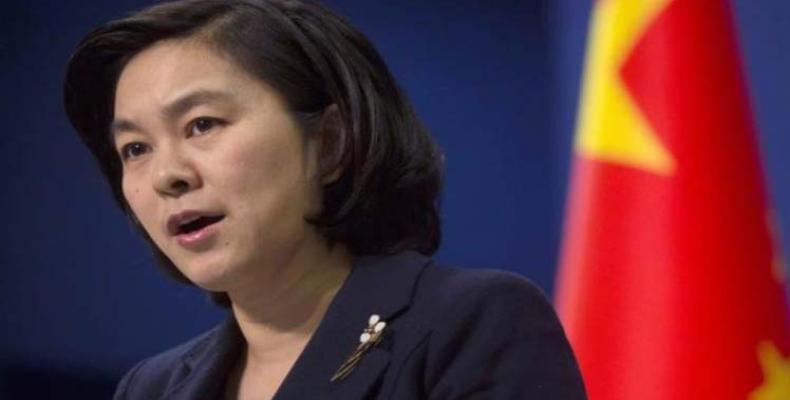 Beijing, May 6 (RHC)-- China has strongly condemned the recent attack on the Cuban embassy in the U.S. capital of Washington, DC.  Beijing also condemned a thwarted plan to invade Venezuela and all the interferenceist maneuvers against the sovereignty of any country.

Hua Chunying, spokeswoman for the Ministry of Foreign Affairs, told reporters that her government is firmly opposed to any violent action perpetrated against official representations.  She urged Washington to take the necessary measures to guarantee due protection to diplomatic missions and personnel from any harm, as provided for in the 1961 Vienna Convention.

In this way, China joined other nations and organizations around the world that repudiate the shooting launched last Thursday against the Cuban embassy in the U.S. capital.

Also in response to Prensa Latina, Hua deplored the attempted maritime invasion of Venezuela by mercenary forces which, according to Caracas authorities, were seeking to provoke chaos and carry out a coup d'état against the constitutional president, Nicolas Maduro.