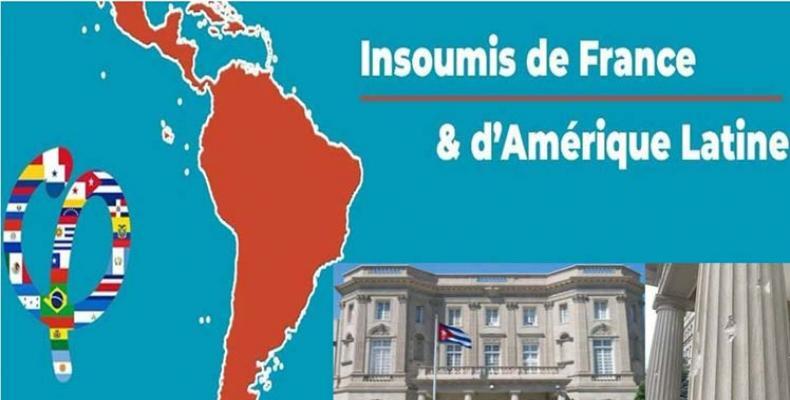 Paris, May 3 (RHC)-- The Franco-Latin Action Group of La Francia Insumisa rejected the terrorist attack carried out last Thursday against the Cuban Embassy in the United States and recalled the hostility of the White House towards the Caribbean nation.  "Here we see what Donald Trump's hate speech against Cuba leads to," the group said on his Twitter account.

The organization echoed the attacker's intention to kill, as stated by U.S. authorities, although the action executed with an assault rifle did not cause any victims, only damage to the facade of the diplomatic headquarters, which was hit by a number of bullets from an AK-47.

The French group expressed its solidarity with Cuba, which "sends its doctors everywhere to fight against COVID-19.