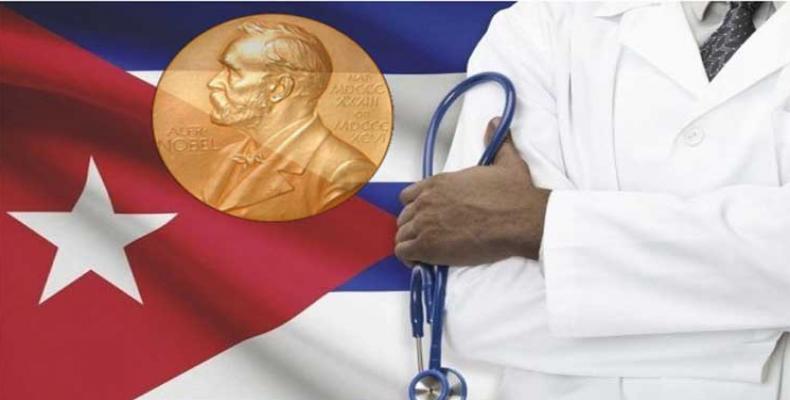 Paris, May 8 (RHC)-- French organizations in solidarity with Cuba are outlining a platform to promote the proposed awarding of the Nobel Peace Prize to the Henry Reeve Medical Brigades for their support in the fight against the COVID-19.

In statements to Prensa Latina, Rose-Marie Lou, in charge of policy for the Cuba Linda association, that requested this recognition for the island's health professionals, pointed out that other groups, including "France-Cuba" and "Cuba Cooperation France" had already joined.

According to the activist, the steps include contacting deputies, who would be willing to make the application official before the Norwegian Nobel Committee.

In addition to doing justice to these physicians with their many humanitarian efforts on the planet, "our objective is to combat the slanders of the U.S. empire on Cuban medical collaboration," she explained.