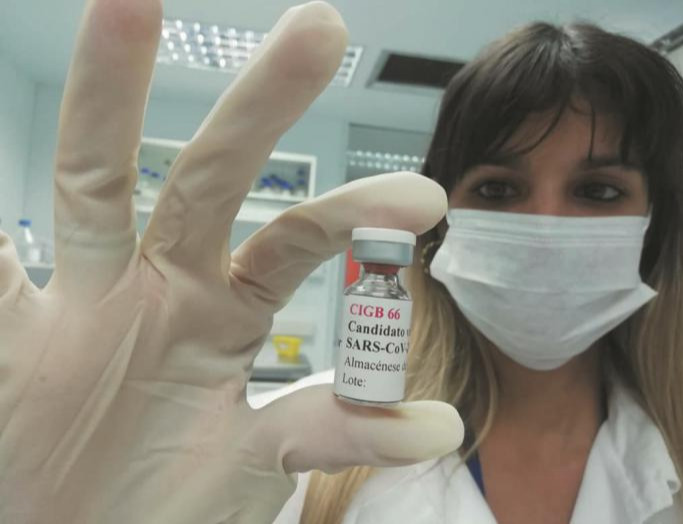 Havana, September 26 (RHC)-- The First Secretary of the Central Committee of the Communist Party of Cuba and President of the Republic Miguel Díaz-Canel highlighted this Sunday the shipment to Venezuela of a batch of 'Abdala', the first anti-Covid-19 vaccine developed and produced in Latin America.

The Cuban leader referred to the subject on his Twitter account, and added information from the Cubadebate portal with details offered on the same platform by the Center for Genetic Engineering and Biotechnology of Havana (CIGB), the institution that designed the immunogen.

Also on social networks, the scientific center confirmed the transfer to the Bolivarian nation of the vaccine that showed a 90 percent effectiveness in severe patients and against the Delta variant of Covid-19.

The CIGB states that Abdala presented these results with a scheme of three doses at intervals of zero, 14 and 28 days.

The institution added that to date, 30 million units of the injectable have been produced to guarantee the immunization of the Cuban population over 19 years of age, which includes pregnant women, nursing mothers, people with transplants, adolescents and young people in terminal grades of the national education system.

Likewise, the entity informed on Twitter about the delivery of 120 thousand doses without thiomersal, which made it possible to begin, the day before, in Havana and in other provinces of the country with the vaccination of people allergic to that component.