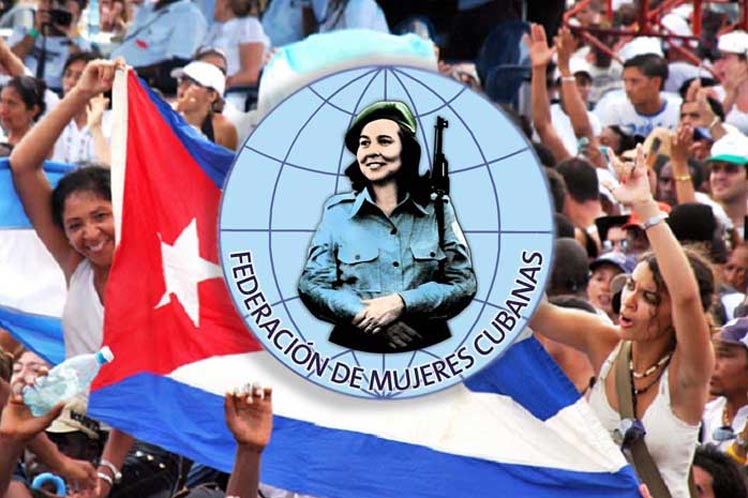 Havana, August 23 (RHC)-- Cuba celebrates Monday the 61st anniversary of the Federation of Cuban Women, created in 1960 by revolutionary fighter Vilma Espín to promote equality and emancipation of this population sector.

The founding of this women's mass organization made possible the leading presence of women in all sectors of social life on the island.

With more than four million members,  since its creation, the FMC has played a decisive role in modifying patriarchal customs and taboos that hinder their social performance and the full exercise of their rights.

It also promotes initiatives to consolidate equality, combats domestic violence against women and girls, and eliminate the backwardness of labor discrimination based on sex, sexual orientation, and skin color, among others.

The National Program for the Advancement of Women (PAM), approved by Presidential Decree 198, will be the cornerstone in promoting new policies in favor of women while giving continuity to the inclusive work of the Cuban Revolution since 1959.

According to the FMC's secretary-general, Teresa Amarelle, economic empowerment is one of the issues toward which the GPA aims.

Although everyone has the same opportunities for employment in the Caribbean island and there are no wage differences, figures show that there are still gaps in this area, Amarelle said when referring to the organization's challenges.

Due to the Covid-19 pandemic, on this occasion, the celebrations for the anniversary will take place in neighborhoods and workplaces, in strict compliance with the established sanitary provisions.