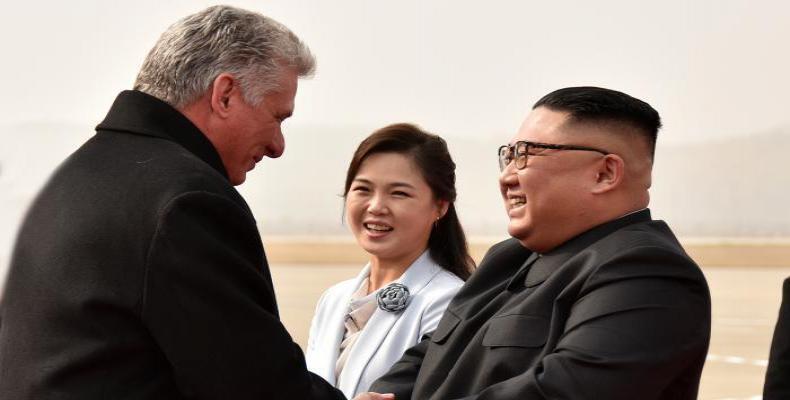 “We extend to you our heartfelt congratulations on behalf of the Cuban people, the Communist Party and the government,” says the letter, quoted by the Korean Central News Agency (KCNA).

"We take this opportunity to reaffirm that Cuba attaches top priority to the ties of friendship and cooperation between the two countries, built on the special relationship between our historic leaders, Fidel Castro Ruz and Kim Il Sung," the letter added.

The North Korean leader Kim Jong Un also sent greetings to Raúl and Díaz-Canel, in a message in which he reiterated his personal support for the just struggle of the Cuban people to defend the revolutionary conquests.