Cuba denounces at UNESCO obstacles to access to ICTs 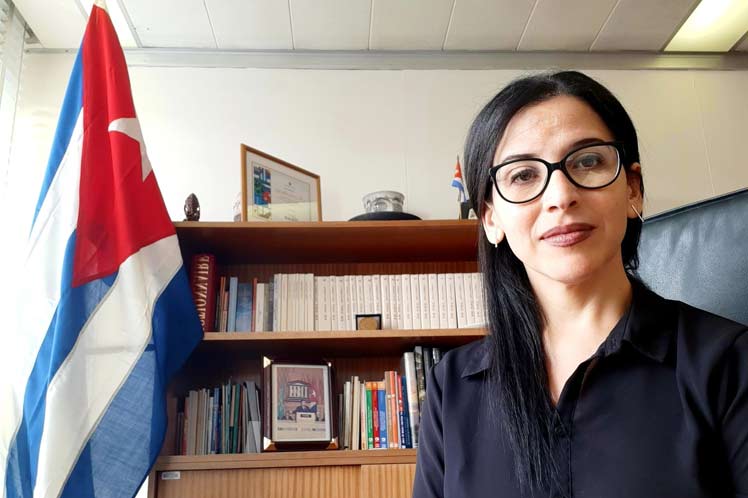 Paris, December 3 (RHC) --Cuba denounced at the Executive Council of UNESCO on Wednesday the obstacle the US  unilateral coercive measures and their extraterritorial character represent for the access to the Information and Communication Technologies (ICT).

Speaking at the 210th meeting of one of the three governance bodies of the multilateral entity, Cuba's permanent representative, Yahima Esquivel, pointed out that the island and other member countries face hostility from Washington that prevents them from accessing virtual platforms used in UNESCO forums.

Today the companies that offer these technological and digital products are forced to ask for special licenses so as not to be fined or sanctioned, in case they allow any of these countries to access their services,' the ambassador stated.

According to Esquivel, the ongoing Covid-19 pandemic aggravates the existing digital gap and demonstrates the urgent need to redouble efforts so that ICTs are not a privilege.

In recent international events via the Internet, among them those using the Zoom platform, Cuban representatives have not been able to intervene or have been forced to do so through videos recorded as a result of the economic, commercial, and financial blockade imposed by the United States on the largest of the Antilles.

The island's diplomat advocated in the Executive Council that UNESCO and other actors of the United Nations system continue to be involved in searching for sustainable solutions that guarantee greater democratization of ICTs.

Esquivel insisted on Unesco's important role with its values and mandate to accompany the member states in mitigating the effects of the systemic crisis and facing the global challenges derived from the pandemic, and those perpetuated and accumulated he said, because of the unjust international order.

She highlighted the collective opportunity offered by the Draft Medium-Term Strategy (2022-2029) presented by the organization's director-general, Audrey Azoulay, to enhance the contribution to sustainable development and world peace.

Likewise, she expressed solidarity with all the countries that in the last weeks lived terrorist attacks, a scourge that Cuba has suffered, and with the nations hit by the passage of hurricanes Laura, Eta, and Iota through Central America and the Caribbean.