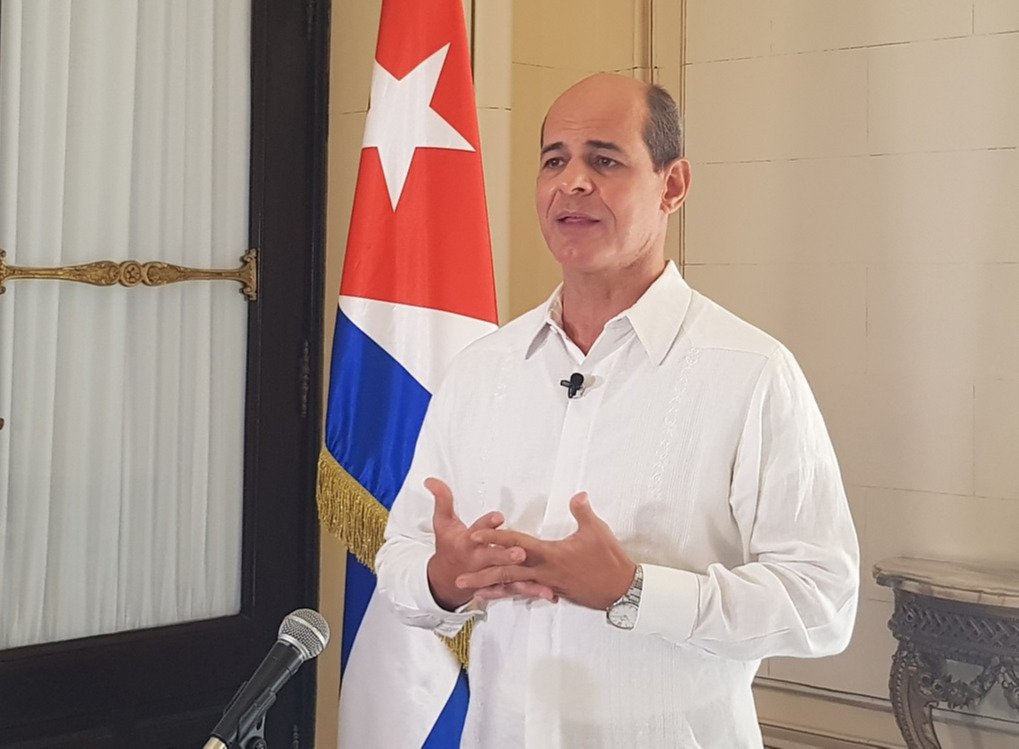 The Seventh Summit of Heads of State and Government of the CARICOM-Cuba mechanism will be held on December 8 this year. This is an important forum whose efforts focus on strengthening relations between the Caribbean Community and Cuba and finding solutions to the most pressing problems affecting the region, such as climate change effects and development challenges.

These Summits are being held every three years since 2002, on alternate venues between our country and the CARICOM States.

\Traditionally, the meeting coincides with the CARICOM-Cuba Day, the date that marks the courageous decision adopted by the leaders of Guyana, Trinidad & Tobago, Barbados, and Jamaica to officially establish diplomatic relations with Cuba on December 8, 1972, thus breaking the diplomatic isolation that the United States had been attempting to impose against our country since the triumph of the Cuban Revolution.

This time, due to the complex epidemiological conditions facing the Latin American and Caribbean region as a result of the COVID-19 pandemic, we have decided to hold this meeting in a videoconference format.

This Summit is convened in a context characterized by severe global health and socioeconomic crisis that will only be overcome by the indispensable cooperation and solidarity among all States.

In this regard, Cuba has shared its positive experiences coping with the pandemic with the Caribbean sister nations. It has sent more than 600 cooperation workers, organized in the brigades of the ‘Henry Reeve’ International Contingent of Doctors Specializing in Disaster Situations and Serious Epidemics, to 12 of the 14 CARICOM independent member States as well as five non-independent States of the region, following an express request from their respective governments.

In the case of Guyana and Haiti, the Cuban medical brigades that were already working in those countries before the outbreak of the pandemic immediately joined the work to prevent and control that dangerous disease.

The bonds that unite Cuba and the Caribbean are based on principles such as mutual respect and independence; as well as values such as solidarity, friendship, brotherhood, gratitude and all-out support to the Caribbean, as was stated by the historical leader of the Cuban Revolution, Commander in Chief Fidel Castro Ruz.

Relations between CARICOM and Cuba have been constructive and have strengthened with time. For many years we have had diplomatic missions in the 14 member states of CARICOM, and they also have a similar number of diplomatic representations in Havana. Cuba is the only Latin American country where all Caribbean countries have a diplomatic mission of their own.

Cuba’s historical cooperation has had a significant impact on and enjoyed recognition from the countries that are part of the Caribbean Community. We have signed basic cooperation agreements with the 14 States of this sub-regional bloc, and currently, there are Cuban cooperation workers in all of them.

Cuba reaffirms its firm commitment to maintaining cooperation and solidarity with all CARICOM member countries in various areas, such as health, education, capacity-building, sports, culture, construction, agriculture, energy, and the confrontation of disasters and epidemics.

Cuba will forever recognize the independent and dignifying gesture of the small Caribbean States that led to the establishment of diplomatic relations with our country back in 1972, as well as the courageous stand they have upheld for more than five decades, despite the great challenges, pressures and threats of the enemies of the Cuban Revolution.

Cuba reiterates its gratitude to the CARICOM countries for continuing to demand the lifting of the blockade imposed by the United States against Cuba and support the United Nations resolution against this unjust policy.

We will count on the full and active participation of the Caribbean dignitaries in this Summit, and we are sure that this would be a successful meeting that will make it possible for us to establish the guidelines to conduct our relations with the countries of the Caribbean Community until the celebration of the next Summit.