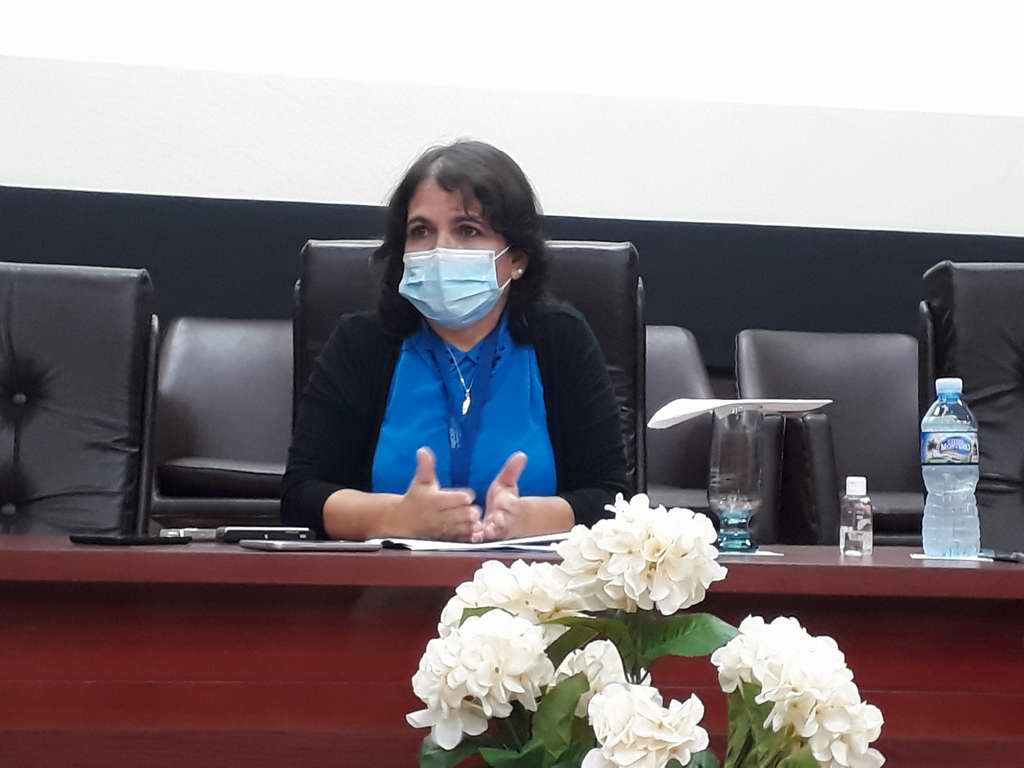 Doctor in Sciences Marta Ayala Avila, director of the Center for Genetic
Engineering and Biotechnology (CIGB)

Havana, February 2 (RHC)-- Phase II of the clinical trial of the Abdala vaccine candidate (CIGB 66) against COVID-19 has begun at the Saturnino Lora Hospital in the eastern city of Santiago de Cuba.

This phase will be performed with 760 volunteers.

Doctor in Sciences Marta Ayala Avila, member of the Political Bureau and general director of the Center for Genetic Engineering and Biotechnology (CIGB), informed that while in phase I participants were aged between 19 and 54 years,in the new stage, the range is extended up to 80.

"Only the intramuscular mode of administration is explored, with the study of two dose levels of 25 and 50 micrograms, with three administrations of the corresponding doses and different time intervals in between. Also, a placebo group was included," specified Ayala Avila.

The Center for Genetic Engineering and Biotechnology is working simultaneously with the candidate Mambisa (CIGB 669). Both potential COVID-19 vaccines began their trials on December 7 last year and 56 days after administration have proven safe, with minimal adverse effects, such as mild pain in the vaccination area.

Abdala and Mambisa, together with the Soberana series of the Finlay Vaccine Institute, show Cuba's scientific strength and the hope that the island's population can be immunized against the deadly SARS-COV-2.