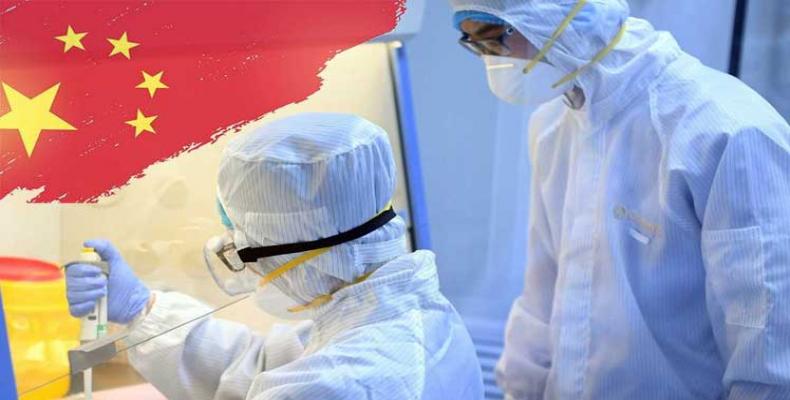 Chinese-developed COVID-19 vaccine candidate is the world's first to enter phase three human clinical trial which began in the United Arab Emirates (UAE) on Tuesday. It is also the first overseas clinical trial for a Chinese-grown vaccine, and is seen as an important step toward putting the vaccine into use and benefiting all humanity.

The opening ceremony of phase three clinical trials for the inactivated vaccine, which may consist of whole, inactivated agents developed by China National Pharmaceutical Group Sinopharm (Sinopharm) was held online in China's Beijing and Wuhan, and the UAE's Abu Dhabi on Tuesday.

Abdul Rahman Mohammed Al Oweis, the minister of Ministry of Health in the UAE had issued the approval document to Sinopharm for the clinical trial, according an official statement Sinopharm released on Tuesday.

Abu Dhabi-based Group 42, which is working with Sinopharm during the clinical trials, has offered AI services to coronavirus vaccine researchers, according to media report.

The Wuhan Institute of Biological Products, affiliated with Sinopharm, announced on June 16 that the company's COVID-19 inactivated vaccine candidate had not shown any severe adverse effects in the first two phases of clinical trials, and it is the first vaccine candidate in the world to show favorable immunogenicity and safety.

Previously, 180 volunteer workers in Sinopharm were vaccinated with the vaccine candidates. More recently, more than 1,000 Sinopharm employees were voluntarily vaccinated, and the results showed the vaccine is safe and effective, with adverse reactions far lower than other vaccines undergoing trials, according to Sinopharm's official statement on Tuesday.

On April 12, the vaccine was approved to enter phase one and phase two clinical trials in Wuzhi county, Central China's Henan Province.

Sinopharm has also established the high-level biosafety laboratory for the production of the potential COVID-19 vaccine if it is needed for emergency use.

On April 15, Sinopharm's Beijing Institute of Biological Products said it had the capacity to produce 120 million doses of the vaccine a year, while the company's institute in Wuhan will be capable of producing 100 million doses annually.