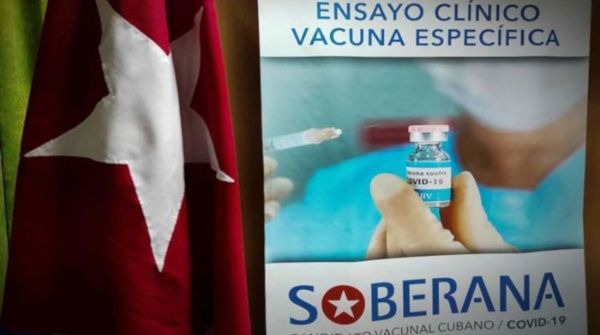 Havana, February 10 (RHC)-- Cuban scientists announced the production of the first batch of 150,000 Soberana 02 vaccines against the SARS-CoV-2 coronavirus, which causes the COVID-19 disease that has already killed more than 2.3 million people worldwide.

In a message on Twitter, TeleSur journalist Rolando Segura said that the Caribbean country "is getting ready to start a second lot of the same number of doses", as reported by the Finlay Vaccine Institute.

Soberana 02 is one of the four vaccine candidates developed by Cuba in the fight against the coronavirus pandemic.

The general director of the Finlay Vaccine Institute, Vicente Vérez, explained that Soberana 02 is already being produced on a large scale to begin Phase III clinical trials next March.

"The latest positive news is that we were able to produce a batch of 150,000 doses that went very well, which represents a very important scientific-technical milestone," he said.

Cuba is also developing at the same time the vaccine candidates Soberana 01 -which has already concluded its first phase of clinical trials-, Mambisa and Abdala, which are showing positive results, according to the scientists.