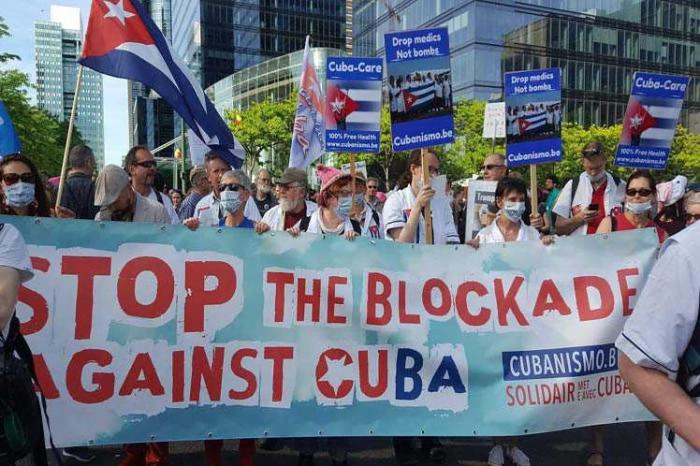 In a tweet, the head of state highlighted the support for that initiative of the Bridges of Love project in the United States, promoted by Cubans living abroad.

The open letter to Biden, in addition to demanding the end of the commercial and financial blockade imposed on the Island for more than 60 years, requests the reopening of Washington's embassy in Havana and the restoration of the family reunification program, suspended by former President Donald Trump since 2017.

It also advocates establishing "compassionate and humane policies" toward Cuba, authorizing unlimited remittances and encouraging financial and commercial relations, among other proposals.

On the other hand, the YouTube channel Europe for Cuba confirmed this March 21 that its call for solidarity caravans with the island will be held on March 27 and 28 in some 40 nations around the world, demanding an end to the U.S. economic siege.

The days of solidarity will be extended throughout the regions of Asia, Oceania, Africa, America and Europe.

The blockade constitutes the greatest obstacle to Cuba's development and a violation of human rights. The accumulated damages in six decades amount to 144,413 million dollars and, between April 2019 and March 2020, the action caused losses in the order of 5,570 million dollars, a record figure for one year.