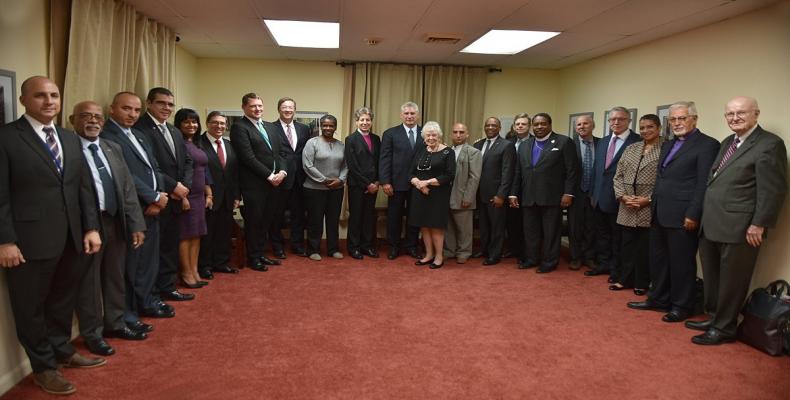 During the encounter, the Cuban president acknowledged the long tradition of friendship between the peoples of Cuba and the United States and thanked the solidarity of the National Council of Churches reflected during a number of complex moments.

In that sense, he recalled the actions in favor of the lifting of the blockade, the efforts to achieve the return of Elian Gonzalez to Cuba and the fight for the release of the Cuban Five.

In the fraternal meeting held in the Permanent Mission of Cuba to the United Nations, Diaz-Canel highlighted the links between the churches of the two countries.  He underlined that US government restrictions on travels to Cuba limit the exchange between the religious denominations of both countries and the links of thousands of their families living in Cuba.

The Reverend Joan Brown Campbell, former General Secretary of the General Council of Churches of Christ of the United States, a tireless friend of Cuba and protagonist of many of the battles in the U.S. in favor of the Island, was present at the meeting with Díaz-Canel.

'Those of us who have worked closely on the Cuba issue are very pleased to see that the president welcomes Americans who deeply care about the Cuban people,' she said.