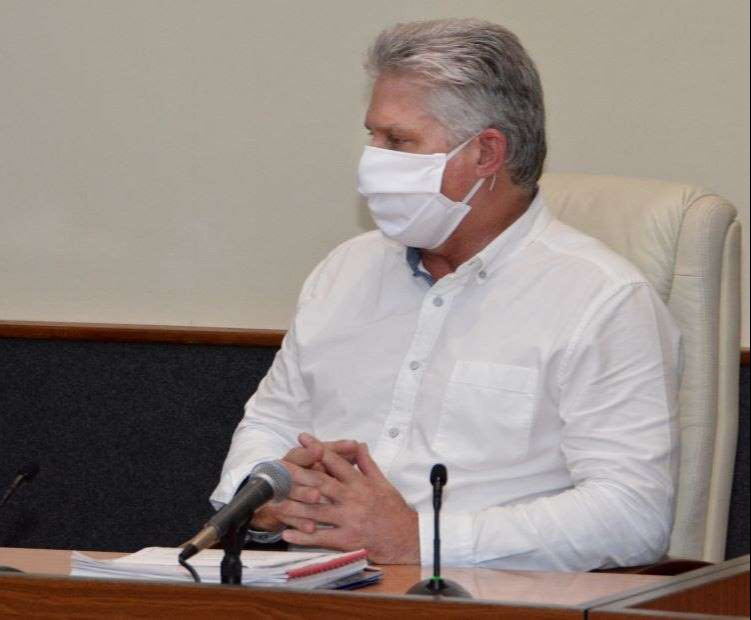 Havana, April 1  (RHC)-- Cuban President Miguel Díaz-Canel reviewed Wednesday, during a meeting with scientists, the proposal for a new national health strategy focused on the impact of animals and the environment on human health.

In the presentation, Dr. Ileana Morales said that the initiative reflects on the dangerous scope of health problems globally and the demand for a more scientific, systemic, and efficient approach with more comprehensive policies.

"With the title 'Approach to a health in Cuba's sanitary strategy', the study analyzes the relationship between animal health and the environment for the human race, a subject widely developed in Cuba," said the also director of Science and Technological Research of the Ministry of Public Health.

Since the 70s of the 20th century, the historic leader of the Revolution, Fidel Castro (1926-2016), promoted the rigorous study of viruses such as Ebola or Zika and cholera disease.

Quoted by the Presidency's web portal, the expert said that the most recent research on Covid-19 demonstrates the value of a foresighted will and the understanding that a sector, separately, will not face increasing challenges.

Morales recalled that six out of 10 diseases in humans are of animal origin. At the same time, by 2050, 10 million people are expected to die from antimicrobial resistance related to the use and abuse of certain drugs.

The proposal includes strategic areas such as epidemiological surveillance and diagnosis, zoonoses, and diseases in animals and plants that affect food safety, antimicrobial resistance, and food safety.

The Cuban President described the study as a highly topical and necessary issue, which will allow for a more comprehensive approach to the entire health problem.

"I believe that we must also promote a communication strategy that allows the population to learn about this approach, (...) to participate, as part of society, in everything we do in this regard," Díaz-Canel added.