Cuban President talks with businessmen on challenges of the sector 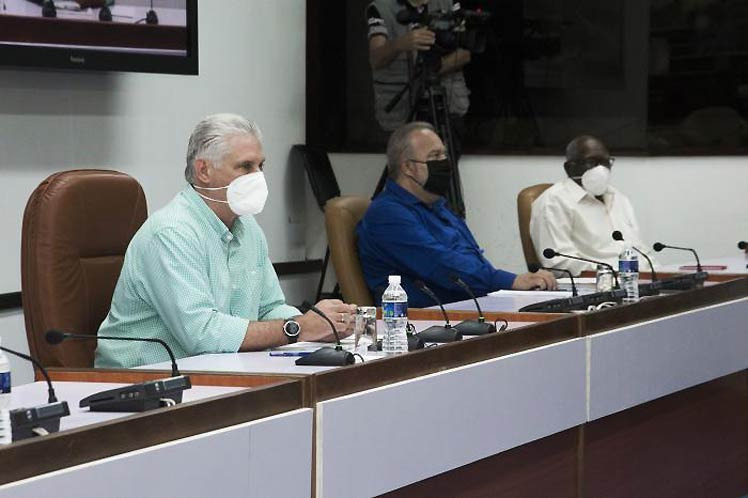 Havana, September 11 (RHC)-- Cuban President Miguel Díaz-Canel discussed with the island's businesspeople the challenges facing the sector to strengthen the socialist state enterprise, the leading actor in the national economy.

The President urged to overcome the U.S. blockade of the island with talent, creativity, and own efforts.

Everything we can do efficiently in terms of services and goods for the people we have to do, but we also have to do it in the most immediate way possible,' he said.

Díaz-Canel shared some of the population's criteria on business management, specifically regarding the quality of services and the scarce availability of products.

He advocated for the social responsibility of enterprises with the neighborhoods where they are located and invited them to strengthen ties with the cooperative and private sectors.

For this reason, the President urged them to improve their work amid an extremely complex situation.

Díaz-Canel called to rely on the three keys that define the exercise of government: informatization, social communication, and promotion of science and innovation.

The representatives commented on the impact of the new government measures and organizing the development of the sector.

They expressed that the interference of national agencies in their internal management persisted and proposed a more proactive attitude from the executives.

We all know what the blockade means, but we were given the creativity and intelligence to overcome it', commented Cinesoft's general director, Iván Barreto.

For her part, the director of the Ñico López Oil Refinery, Dayana Beyra, advocated a greater opportunity to develop refining in the country.

In her opinion, this would strengthen the national industry and generate wealth for the Caribbean nation.

The businessmen promoted a greater alliance between all internal and external sectors of the economy.

Cuba is currently promoting a government management strategy aimed at the greater application of science and innovation as part of the national development plan that seeks to use its resources, reduce imports and boost exports.