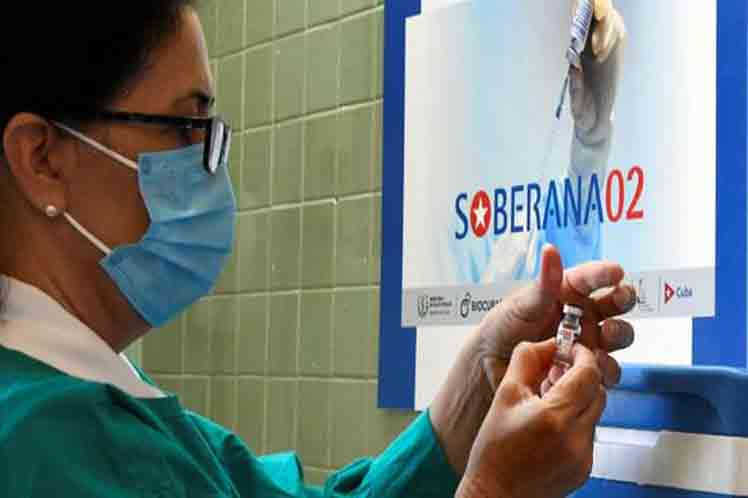 Havana, May 18 (RHC)-- President Miguel Díaz-Canel underscored the progress of the health intervention underway in Cuba with its anti-Covid-19 vaccine candidate Abdala in at-risk groups and territories of the country.

On Twitter, he pointed out that more than some 445 thousand volunteers have already received the first dose of the drug developed by scientists of the Caribbean island.

Getting vaccinated is a celebration of sovereignty. Memorable moments are being experienced at the medical posts, he said.

On Monday, the Minister of Public Health José Ángel Portal informed that as of Saturday, 255 thousand of the more than 474 thousand health professionals expected were immunized with a dose as part of the process.

The minister added that  186,000 of the 390,000 Havana residents included in the intervention received the first jab.

The intervention began last week with population sectors in four municipalities of the capital (Habana del Este, Regla, Guanabacoa, and San Miguel del Padrón),  with all health workers and other risk groups.