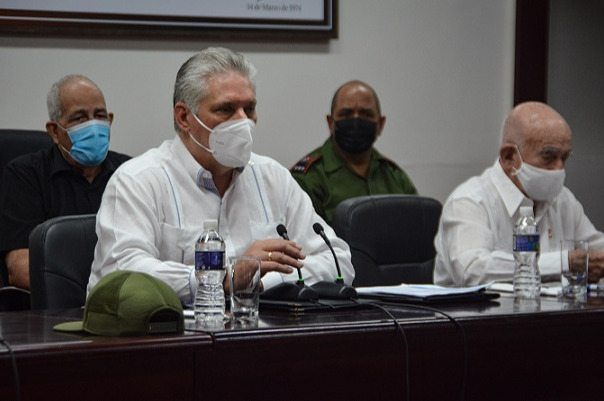 Havana, April 20 (RHC) The First Secretary of the Communist Party of Cuba (PCC) and president of the Republic, Miguel Díaz-Canel, insisted Tuesday on the need to strengthen the fight against the Covid-19 pandemic in Havana.

Speaking at the Plenary Session of the Provincial Committee of the political organization in the Cuban capital,  the president also made assessments on the leaders promoted in the context of the 8th Congress of the PCC, which concluded on Monday.

According to the Presidency's Twitter, the meeting was focused on three movements of officials, starting with Joel Queipo promoted to member of the Secretariat and head of the Economics Department in the Central Committee of the Party.

From April 16 to 19, the capital's Palacio de Convenciones hosted the meeting, in which the nearly 300 delegates approved the new structure of the PCC's top leadership.

Those present elected Díaz-Canel as the First Secretary and ratified the guiding documents to develop Cuba's economic and social model.

Havana continues to be the epicenter of Covid-19. On

Tuesday confirmed 544 infections of the 1,183 diagnosed nationwide with the SARS-CoV-2 coronavirus.