Cycle of debates on Party Congress begins in Cuba 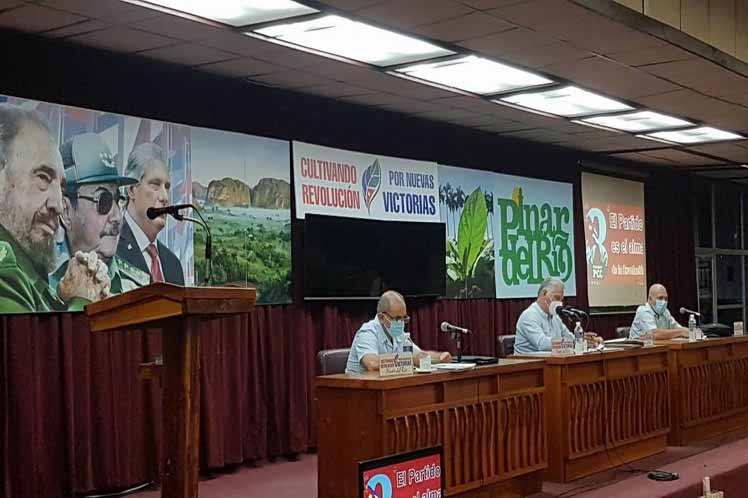 Havana, May 27 (RHC)-- The first secretary of the Central Committee of the Communist Party of Cuba (PCC) traveled to the western province of Pinar del Rio on Thursday to begin the cycle of debates to follow up on the decisions of the 8th Congress of the political organization.

Diaz-Canel announced on Twitter that after the meeting with the authorities of that territory, together with the Secretariat of the Central Committee, he will then go to the province of Artemisa.

'We are complying with the 8th Congress,' Diaz-Canel said on the social media platform.

Meanwhile, the Presidency Twitter account said that the exchange in Pinar del Rio opens the way to continue giving life to the party meeting and begins a tour that includes the whole country to evaluate the work of the Cuban Communist Party.

Aspects such as the strengthening of the structures of the organization and its link with the people, and its role in leading the economic battle of the country are some of the elements that will be subjected to analysis these days.