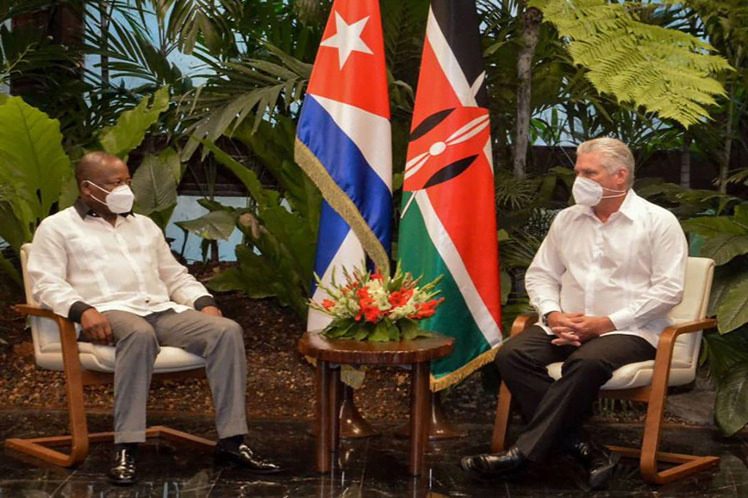 During the cordial meeting, both leaders highlighted the positive state of bilateral relations and welcomed the recent signing of agreements for the provision of health care services, as well as the training of doctors from that African nation.

President Díaz-Canel thanked the support of the Kenyan Government for the efforts to achieve the safe return to the homeland of the two Cuban doctors kidnapped in April 2019 in that country, Landy Rodríguez Hernández and Assel Herrera Correa.

Herrera, a specialist in General Comprehensive Medicine from the province of Las Tunas, in the eastern zone, and  Rodriguez, a surgeon from the central Villa Clara province, were part of the Cuban medical mission in Kenya.

According to press reports, they were ambushed and kidnapped while serving on April 12, 2019 by members of the Al Shabab group and taken to neighboring Somalia.

Since that moment, the Cuban Government is in permanent communication at the highest level with authorities of those two nations for the return of both doctors.