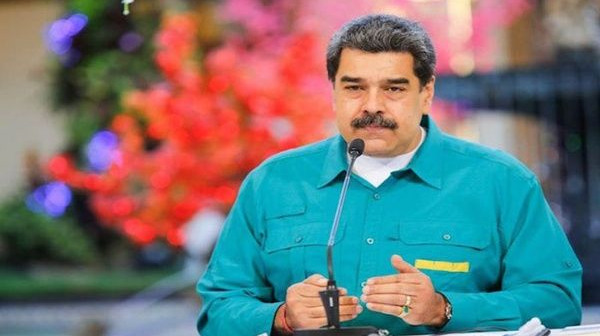 Caracas, Jun 23 (RHC)-- Venezuelan President Nicolas Maduro hailed Cuba's triumph at the U.N., where 184 nations supported its resolution on the need to end the U.S. blockade against the island.

'Once again, the world rejects the imperial aggression against the island of dignity, our heroic Cuba. One hundred eighty-four peoples of the five continents rejected the blockade. A clear sign of the emergence of a new world, without hegemony, more humane and supportive,' Maduro stressed on Twitter.

The U.N. General Assembly adopted on Wednesday for the twenty-ninth time - with 184 votes in favor, two against, and three abstentions - a resolution rejecting the economic, commercial, and financial blockade imposed by Washington on the Caribbean nation for six decades.

In his speech during the debate at the General assembly, the permanent representative of Venezuela to the United Nations, Samuel Moncada, condemned the U.S. policy of economic terrorism against Cuba and other countries of the world.

Moncada rejected the illegal, inhuman, and criminal nature of the blockade, stressing the calculated cruelty of these actions to generate pain and suffering in the civilian population.

He also warned that the unilateral coercive measures implemented by the U.S. government have a greater impact during the Covid-19 pandemic.

"The United States has become a promoter of economic terrorism, using the pandemic situation as a means to advance its petty interests and ambitions of colonial domination," warned Ambassador Moncada.