Cuba thanks  ALBA-TCP member countries for their support at Summit 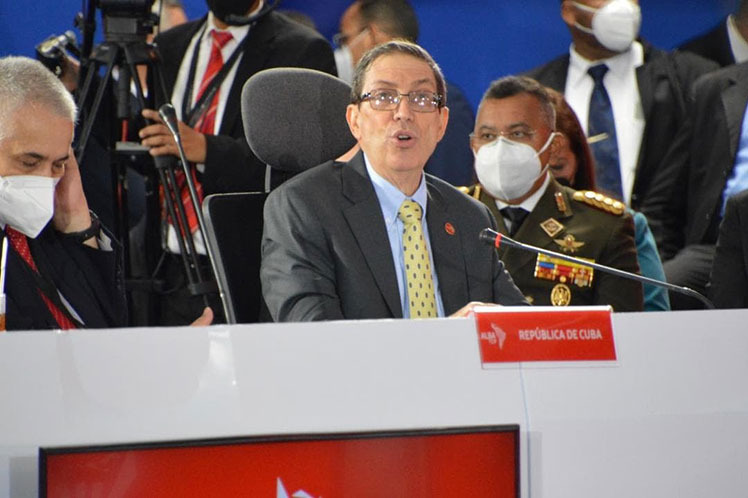 Caracas, June 24 (RHC) Cuba's Foreign Minister Bruno Rodriguez thanked the ALBA-TCP member states for their support in the struggle against the U.S. blockade on Cuba, which for nearly six decades has caused the island damages estimates at 147,853 million dollars.

At the 19th Summit meeting in Caracas of the Bolivarian Alliance for the Peoples of Our America-People's Trade Agreement (ALBA-TCP), the foreign minister recalled the more than 240 measures applied in recent years to hinder the development of the island.

Likewise, he reaffirmed Havana's support to Venezuela and Nicaragua, which defend their national sovereignty against Washington's threats.

On another matter, the head of Cuban diplomacy ratified his country's willingness to show solidarity and cooperation in the face of the Covid-19 pandemic. He recalled the progress made by the Cuban made vaccination candidates against the disease.

He evoked the Alliance's strength and its founding principles, the intention to continue advancing, expand the exchange, and asserted that the group can always count on the island in the front line of the battle for life, dignity, peace, and justice.

The 19th Summit with the heads of state and government and other representatives of the member countries coincided with the 200th anniversary of the victory in the Battle of Carabobo, led by the Liberator Simón Bolívar, an example for Latin American unity.

Founded in Havana on December 14, 2004, ALBA-TCP is a regional integration platform designed to fight poverty and social exclusion based on solidarity, complementarity, and cooperation.