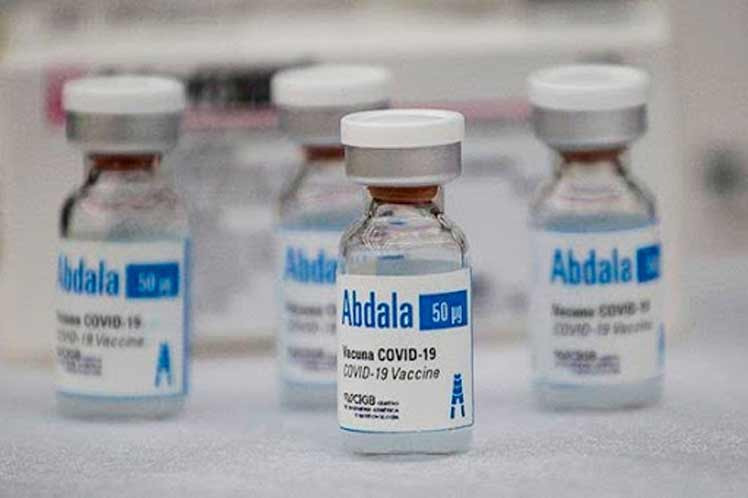 Havana, July 9 RHC)-- Cuba's regulatory authorities approved the emergency use of the anti-Covid-19 Abdala vaccine candidate for its application throughout the country, BioCubaFarma representatives announced on Twitter.

From the Center for Genetic Engineering and Biotechnology, the injectable showed 92.28 percent efficacy with its three-dose schedule during phase III clinical trials, a requirement that exceeds the World Health Organization's estimate (50 percent) to be declared an anti-Covid-19 vaccine.

The injectable met the requirements established by the island’s regulatory agency, the Center for State Control of Medicines and Medical Equipment (CECMED) per international standards in terms of preclinical studies, clinical trials, and aspects that guarantee its quality, as well as the inspection of the production process.

These requirements make possible the massive use of the immunogen (already officially as a vaccine) in the national territory and its commercialization to other nations while the sanitary emergency is maintained.

With three doses to be administered at an interval of zero, 14 and 28 days, the formulation in its trial stage included 48,290 volunteers in the eastern provinces of Santiago de Cuba, Guantanamo, and Granma and is also applied in a sanitary intervention for territories and groups at risk.

The injectable is being prepared for testing in the pediatric population in the eastern province of Camagüey.