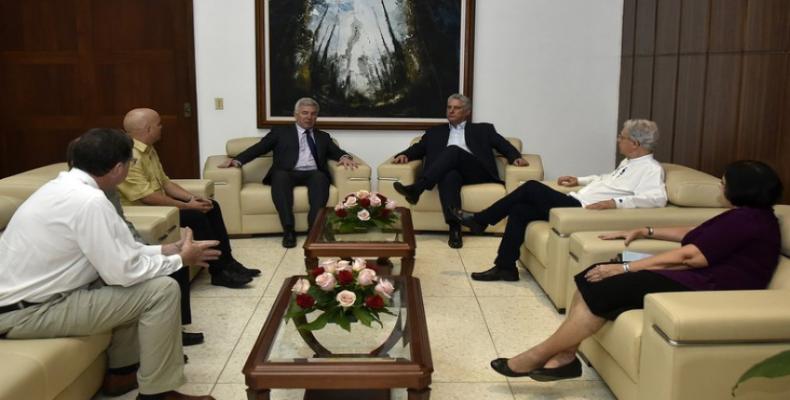 Also participating in the meeting were Brazilian theologian Frei Betto; Antonio Santana and Joel Ortega, president and executive secretary of the Cuban Council of Churches, the Presidency's website reported.

During the cordial and respectful meeting, issues related to the urgency of climate and gender justice, as well as the struggle against religious, economic, social and political fundamentalism were addressed.

These issues are the subject of a Dialogue between Science and Theology on the urgency of climate and gender justice and against fundamentalism, on our way towards a sustainable era, underway in Havana´s  Hotel Nacional.

The meeting was attended by Caridad Diego, head of the Office of Attention to Religious Affairs of the Central Committee of the Communist Party of Cuba.