Vietnam and Cuba renew friendship through their presidents 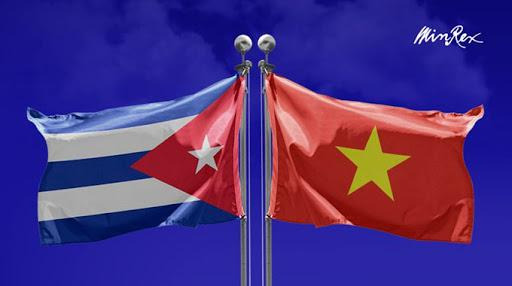 Hanoi, August 23 (RHC)-- The presidents of Vietnam, Nguyen Xuan Phuc, and Cuba, Miguel Diaz-Canel, reaffirmed on Monday by telephone the ties of friendship and cooperation between the two countries.

Diaz-Canel conveyed congratulations to the Vietnamese people on the 76th anniversary of the proclamation of the independence of the Indochinese nation by President Ho Chi Minh (September 2).

The two heads of state highlighted the special nature of the relationship between the two nations, forged by Uncle Ho, Fidel, and Raul Castro. They agreed that the difficulties arising from the Covid-19 pandemic had not prevented the preservation of political dialogue and reciprocal solidarity.

On several occasions during the last month, leaders of the two countries have spoken by telephone to preserve the strength of those ties despite the complex scenario configured by the disease.

On July 28, the First Secretary of the Cuban Communist Party and his Vietnamese counterpart, Nguyen Phu Trong, discussed the prospects for bilateral collaboration in various fields. One of the areas they considered most promising was the anti-Covid-19 vaccines.