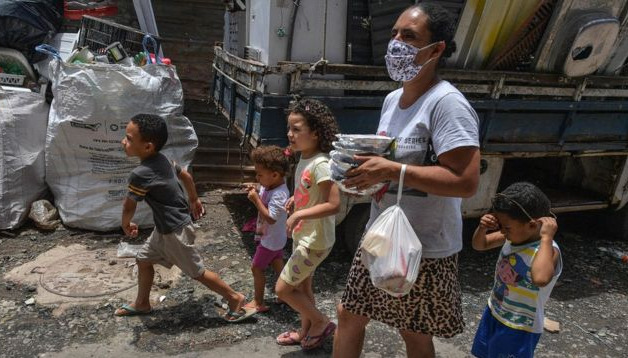 Havana, January 4 (RHC)-- Cuban Foreign Minister Bruno Rodriguez acknowledged the unequal impact of Covid-19 with the fall of 97 million people into poverty in contrast to the million-dollar advantages of pharmaceutical companies.

In a message on Twitter, Rodriguez recalled that 5.5 million COVID-19 patients had lost their lives since 2020.

"Meanwhile, the value of 6 pharmaceutical transnationals that developed vaccines against Covid-19 grew by 350 billion dollars," he wrote.

According to figures from the United Nations Development Program (UNDP), the Latin American region is one of the most affected by the impact of the pandemic, particularly in indicators such as jobs and income, food insecurity, access to education, and gender equality.

In late November, UNDP estimated that one in four people in Latin America failed to regain their employment before Covid-19. Nearly half of the households did not match their 2019 total income.

The pandemic generated by the SARS-CoV-2 coronavirus made evident the pre-existing inequalities in the region, where the most vulnerable and poorest groups were disproportionately affected, assured UNDP director for Latin America and the Caribbean, Luis Felipe López-Calva.