Belarus ready to cooperate with Cuba in all areas 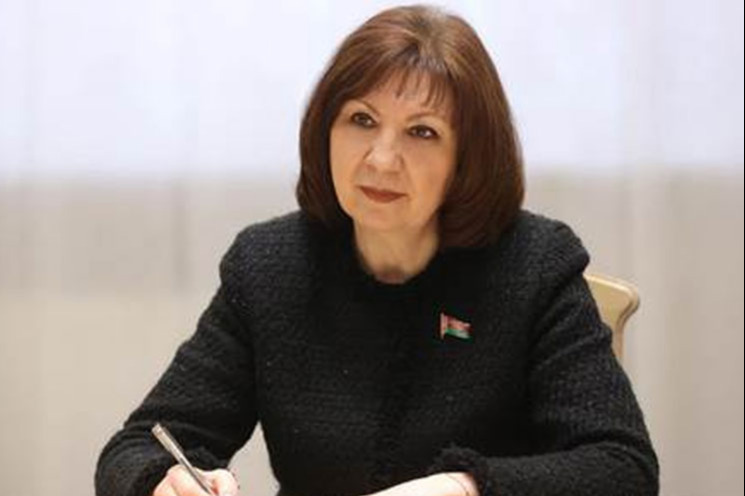 Havana, February 9 (RHC)-- The president of the Council of the Republic (Upper House of Parliament) of Belarus, Natalia Kochanova said Tuesday in Minsk that her country and Cuba are willing to cooperate in all fields.  "We highly appreciate Belarusian-Cuban relations, and the cooperation that is developing between our two countries is very important for us," she said during a meeting with the Cuban ambassador to the European nation, Juan Valdes.

The official said that the two nations have been friends for many years.  "We know the Cuban people well, as well as Belarus is known in Cuba," she said.  She added that the excellent relations between the presidents of the two countries have been important in the strengthening of bilateral political ties. Kochanova stressed that the visit of Cuban President Miguel Diaz-Canel to Belarus in October 2019 gave another definite boost to the interaction between Minsk and Havana.  "It confirmed that good relations and cooperation, especially in economy, culture, science, education, health, will continue to develop," she stressed.

The Belarusian lawmaker warned that despite the difficulties caused by the Covid-19 pandemic, mutual trade grew in 2021. Cuba exports biotechnological products to Belarus and imports tractors, agricultural equipment, food, fertilizers, among others from the European country. She signified the most effective progress of cooperation and emphasized the intention to bring the exchange to all spheres of development.

Kochanova drew attention to the medical and biotechnological achievements of Cuban scientific centers, especially in recent times with the production of national anti-Covid-19 vaccines. She explained that the Belarusian Minister of Health contacted the island's counterpart to promote cooperation in this sector. The speaker of the Upper House of Parliament referred to the importance of reciprocal support between the two countries in the international arena, confronting the policies of unilateral coercive measures directed from the West.

Therefore, people of good will who understand what peace, sovereignty, independence, freedom are, must support each other," she expressed. She said that Minsk has repeatedly opposed the prolonged and unjust U.S. economic blockade against Cuba. For his part, Ambassador Juan Valdes pointed out that the Belarusian people are friendly with the Cuban people and that relations between the two countries are developing in several directions, with special attention to the economy and the strengthening of trade and investment opportunities.