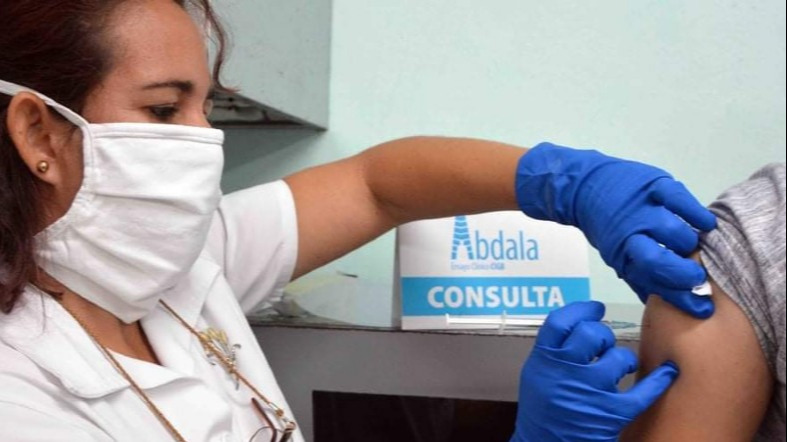 Cuba has administered 34 million 577 thousand 234 doses of the anti-COVID-19 vaccines developed in the country.

Havana, February 9 (RHC)-- The Cuban Ministry of Public Health reported on Tuesday that 88 percent of the Cuban population completed the vaccination schedule against COVID-19, with the national immunogens 'Soberana 02', 'Soberana Plus' and 'Abdala'.

The health entity specifies that this percentage figure corresponds to nine million 843,728 people who completed the immunization design.  As of February 6, 10 million 581,273 people had received at least one dose, including those convalescing from the disease, vaccinated with 'Soberana Plus' as a single dose.  The source details that 9 million 355 thousand 112 people have received a second dose and 9 million 027 thousand 612 a third dose.

In addition, five million 613,068 Cubans have booster doses: 409,534 as part of clinical studies, five million 203,534 in the booster vaccination that is being applied to the population of selected territories and risk groups.

In sum, 34 million 577 thousand 234 doses of Cuban anti-COVID-19 vaccines have been administered. Since March 2020, when the first cases of COVID-19 were reported in Cuba, the country has accumulated one million 55,927 confirmed patients with the SARS-CoV-2 virus, which causes the disease, eight thousand 447 deaths and one million 40,687 recovered, a figure equivalent to 98.6% of the infections.