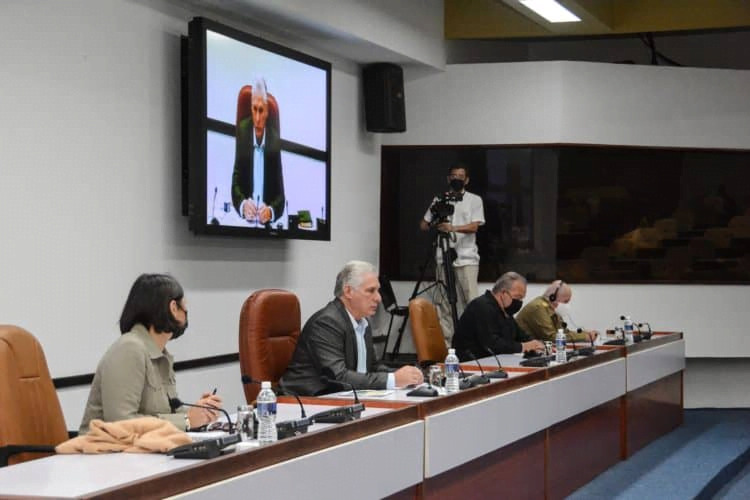 Havana, February 11 (RHC)-- Swedish academic Silvia Schwaag shared her ideas on innovation in times of crisis with Cuban President Miguel Díaz-Canel and Cuban scientists.   With a master conference at the Palace of the Revolution, Schwaag promoted talent and diversity as a way to push the limits in pursuit of development and a mental change that includes acquiring generic skills.

The expert referred to premises such as the training of human resources, research on innovation issues, the development of the academic sector, computerization and the use of new Information and Communication Technologies, as well as a combination of the Academy with the industry, and the care of social capital. "It is very important not to passively assimilate the policies of other nations when it comes to innovation: it is of great value to find our own variants that contribute to governmental approaches," she said.

According to the Presidency's website, the specialist emphasized the urgent need to promote development based on sustainability.  She also warned that Latin America is one of the two regions in the world where research has decreased, and in this context, Cuba has a " great commitment" to science. The president thanked her for her remarks and underscored the coincidences between what the academic explained and the objective of the Caribbean nation. "It has to do with the way in which we are looking for science and innovation to really constitute a pillar in government management, and for them to become a force for transforming action at the level of society," she commented.

Díaz-Canel spoke of Schwaag as a friend of the island -- "a person who is an expert in innovation issues.  She has been participating in the University 2022 event, and to our great pleasure and satisfaction, agreed to the proposal we made to develop a keynote lecture within our Innovation Council".

Schwaag is a member of the Swedish Government Innovation Council and has been working in this theoretical universe for twenty years.