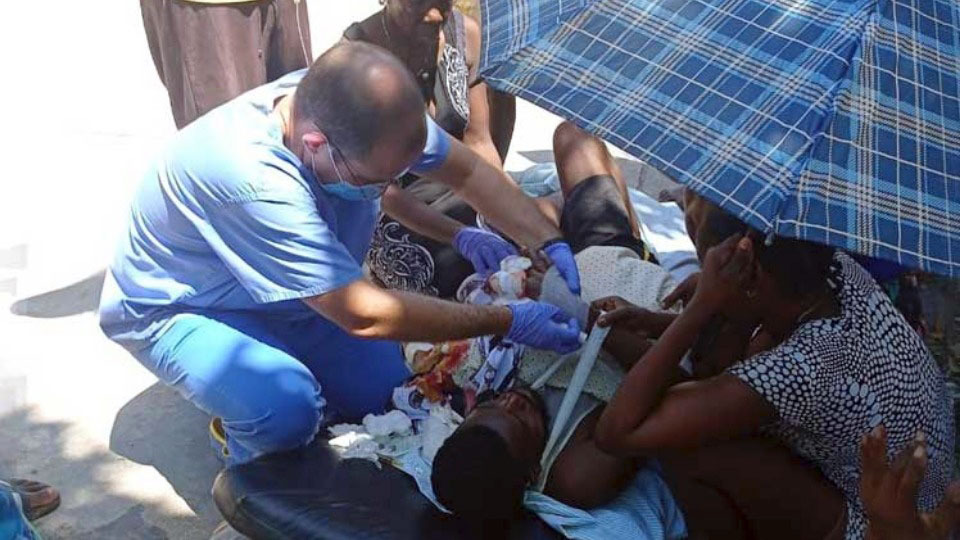 A Cuban medical worker tends to a Haitian man injured during the earthquake. | via Prensa Latina

Havana, February 16 (RHC)--Cuban President Miguel Díaz-Canel will participate virtually this Wednesday at the "International Conference for the Financing of the Reconstruction of Haiti's Southern Peninsula," the Cuban Foreign Ministry announced.

The Cuban Foreign Ministry announced on Twitter an address by the first secretary of the Communist Party of Cuba.

The conference, attended by UN Under-Secretary-General Amina Mohammed, will focus on reconstructing the southern Haitian peninsula, devastated by the strong earthquake of August 2021.

Cuban doctors already working in the country offered immediate help to the injured and people in distress.