Díaz-Canel calls to fight with cleverness  the unconventional war of the U.S. against Cuba 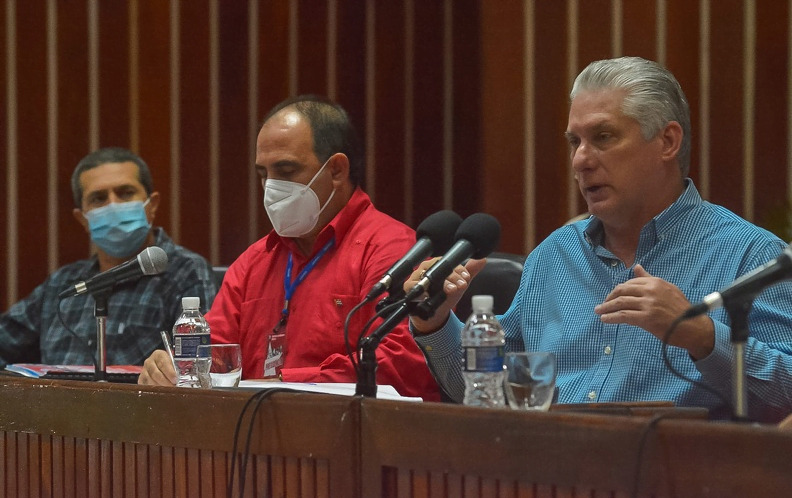 Holguin, February 17 (RHC)—The first secretary of the Central Committee of the Communist Party of Cuba, Miguel Diaz-Canel Bermudez,  participated on Thursday at the stock-taking Assembly of the political organization in the municipality of Holguin.

During the meeting, he stressed the need to fight with respect and cleverness the unconventional war waged by the U.S. government from social media networks and digital platforms to undermine the Cuban Revolution.

He also urged to confront the 60- year old  U.S. economic blockade with innovative processes based on the resources available in the country.

In his remarks,  Díaz-Canel stressed the importance of Cuba's manufacturing process of the anti-virus-19 vaccines and the effectiveness of the sovereign vaccination process.

The presence of the Cuban president in the eastern province of Holguin was part of a visit of the Secretariat of the Central Committee of the  Cuban Communist Party to that territory to verify compliance with the agreements of the 8th Congress.

Besides participating in the Party meeting,l Diaz-Canel held talks with residents, assessed agricultural production, spoke with local university students, and attended a grassroots discussion of the proposal of the Family Code.