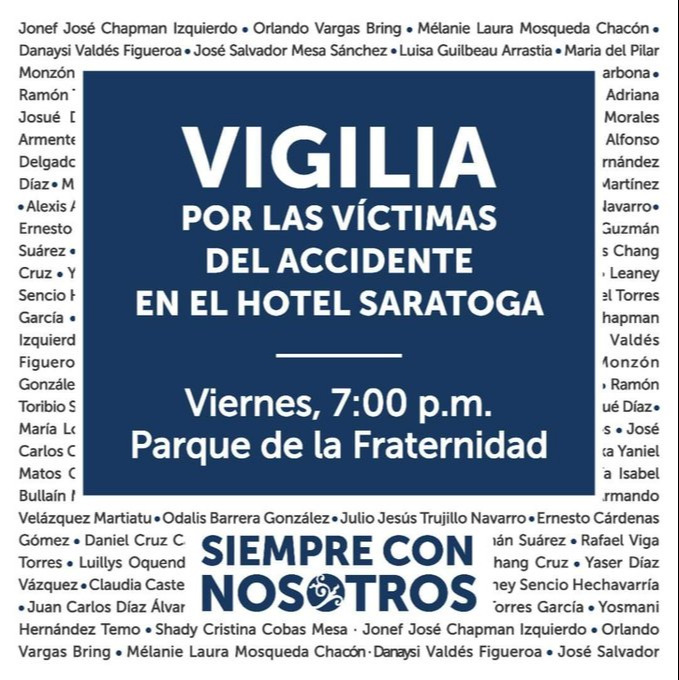 Havana, May 12 (RHC)—The young Communist League has called for the celebration of a vigil on Friday evening to pay tribute to the victims of the Saratoga Hotel tragedy.

The 1st Secretary of the Youth Organization, Aylin Alvarez, announced it on Twitter.

“So that the light of none of the victims of the Hotel Saratoga goes out, we will hold a vigil on Friday, May 13 at 7:00 pm in the Parque de la Fraternidad”, she tweeted.

She also asked those who will not be able to attend the vigil, to join from their homes at 9:oo pm in a heartfelt moment of silence.

Likewise,  the Ministry of Culture announced that in correspondence with the sober moment, all cultural events and public activities scheduled for Friday May 13 and Saturday, May 14 are suspended.

The note added that with this decision, the institutional system of Culture, together with its writers, artists and other workers, joins the deep sorrow of the Cuban people  in view of the regrettable accident that occurred at the Saratoga Hotel on May 6.