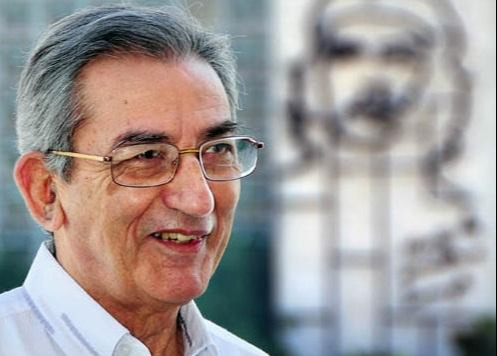 Balaguer served in various military, diplomatic, party and governmental positions until 2019 when he requested his release due to illness.

In 1952 he joined the struggle against the tyranny of Fulgencio Batista, reason for which he was imprisoned. In 1958 he joined the Rebel Army as a combatant and doctor of the 2nd Eastern Front Fran Pais.

After the triumph of the Revolution, he held several military and leadership positions in the Cuban Communist Party (PCC), being a member of the Central Committee, its Secretariat, and the Political Bureau.

He also served as Cuban ambassador to the Union of Soviet Socialist Republics, later the Russian Federation, deputy to the National Assembly of People's Power, and Minister of Public Health.

He was a founder of the PCC and received several decorations and awards granted by the Council of State. According to a press release broadcast on Cuban television, upon his death, he left as his legacy an example of dedication, responsibility, and loyalty.

His body will be cremated, and his ashes will be exhibited in the veterans' pantheon of the Colón Cemetery, in Havana on Saturday and later transferred to the mausoleum of the combatants of the 2nd Eastern Front Frank Pais, in Santiago de Cuba.