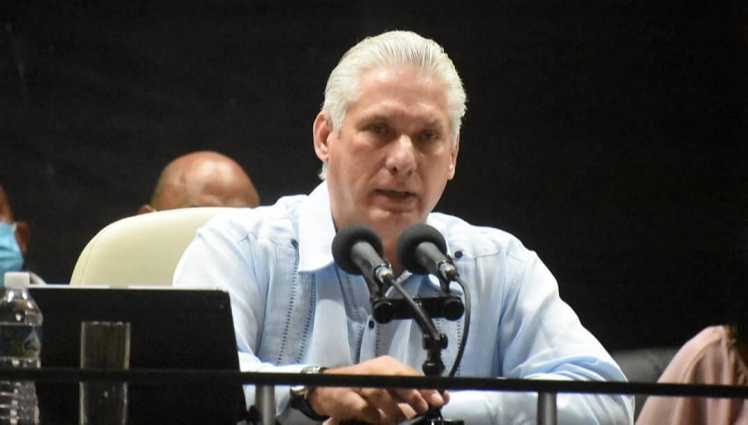 Havana, October 26 (RHC)-- Cuba's Council of Ministers meeting Wednesday at the Palace of the Revolution approved general directives for confronting crime, corruption, illegalities and indiscipline in all areas.

The first secretary of the Central Committee of the Communist Party of Cuba and president of the Republic, Miguel Díaz-Canel headed the session led by Prime Minister Manuel Marrero Cruz.

Introducing the topic, the head of government insisted that this is a priority issue in the midst of the country's complex economic situation.

In turn, Díaz-Canel called on leaders at all levels not to be contemplative in the face of these situations and not to allow spaces for theft and diversion of resources.

He also proposed strategies for the social transformation of those who do not study or work, so that they can contribute to society.

The highest governing body learned about the economic performance of the country at the end of September, through the report presented by the Vice Prime Minister Alejandro Gil Fernández.

The head of the Ministry of Economy referred to the need to advance in a price control system adjusted to the conditions of the Island.

This meeting of the Council of Ministers addressed an agenda of more than ten topics, including the approval of the draft Decree Law on conflict mediation, the new portfolio of foreign investment opportunities, the early assignment of higher education graduates and mid-level technicians who conclude their studies in December 2023, as well as the updating of the national hydraulic plan.